When you visit the House and Senate office buildings in Washington DC, in addition to having the nameplate of the representative or senator outside the entry door, there will also be an American flag, their state flag, and then sometimes a third flag of choice on a flagpole outside of the office.

Sometimes that third flag is one for the school they graduated from.  Some have the black POW flags, or the flag representing the branch of the military they served in. 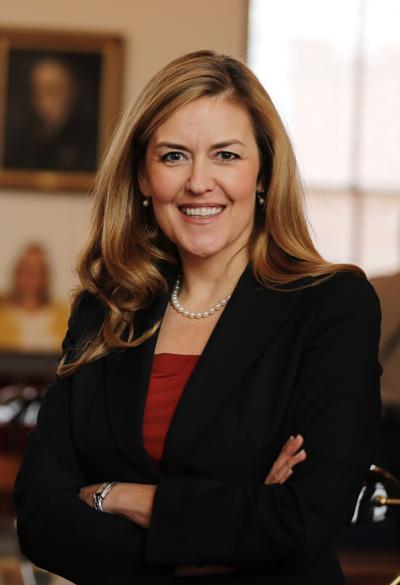 Freshman Representative Jennifer Wexton (D-VA) has a unique one hanging outside her Longworth House Office Building door.  It’s the trans pride flag, and she may be the first congressmember to ever display it outside their congressional office door.

Abby Carter, Rep. Wexton’s chief of staff, said that she displays the trans pride flag to make a personal statement about trans inclusion.   She the aunt to a trans child, and Del. Danica Roem is one of her Virginia 10th District constituents.

“This is personal for me. We’re talking about my family and friends,” Rep. Wexton said in a statement to NBC News. “I want everyone in the trans community to know that they are welcome and loved even in the face of this administration and its attacks on who they are.”

“I didn’t think putting it up would be a big deal, but I’ve received a huge outpouring of support and appreciation from the LGBT community in the past two days,” Wexton added. “We’ve been receiving messages from across the country and they’ve been telling me how much it means to them to see that in the halls of Congress. It is a huge deal Rep. Wexton.    In a time when trans Americans have been under attack by the federal government and evilgelicals, and feel that their governments at any level don’t care about them, to see that trans pride flag outside a congress member’s office.

Until trans people get elected to Congress, we will be dependent upon legislative allies to help push the policies and make the laws that make life better for trans Americans.

The next time I go to DC, I’m definitely stopping by to say hello and personally thank you for sending a message to everyone that either stops by your office or walks past it that trans lives matter.