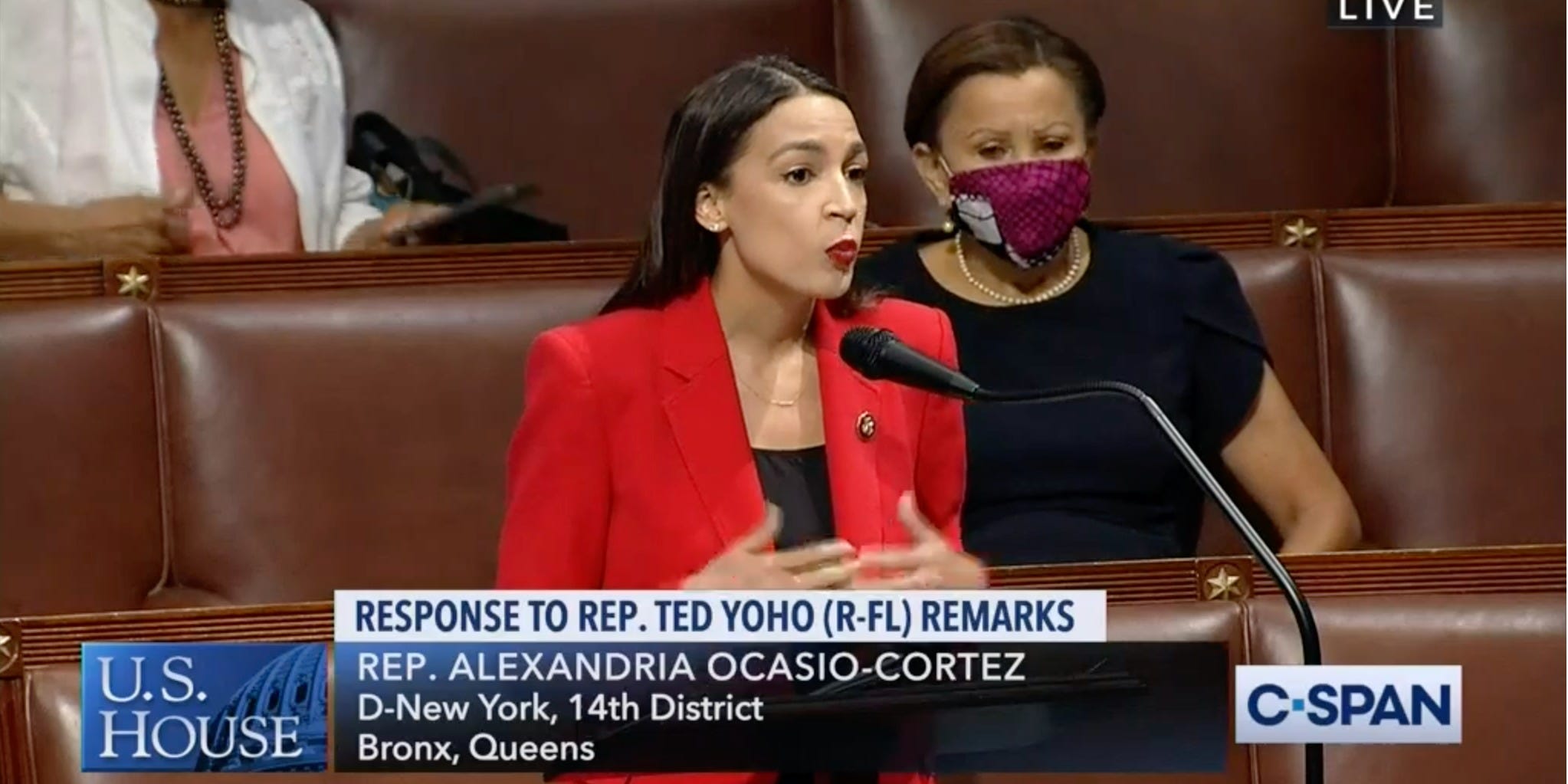 When are these conservafools going to get the message not to mess with Rep Alexandria Ocasio Cortez?

We get it Republican Party, FOX Noise and conservafool movement. .Y’all have your  hate on for her because she’s a smart young Latina who doesn’t have to work hard to make y’all look foolish on a regular basis.   Rep. Ocasio-Cortez (D-NY) is also considered to be a future contender for higher office, and that scares the crap out of you.

On Wednesday Yahoo Yoho (R-FL) decided to be his usual azzhole self out on the Capitol steps and accost Rep Ocasio Cortez, who was headed into the building to cast a vote and minding her own business. .    He made disrespectful comments about her, and concluded by calling her the b-word.

On Tuesday, Yoho tried to do damage control and make made a non apology apology on the House floor that was no only pathetically weak, it didn’t even mention Rep Ocasio-Cortez by name.

Rep Ocasio Cortez as y’all already know is a formidable communicator.  On top of that, Yoho probably realized after he opened his big mouth he’d messed with the wrong congressional woman.

Rep Ocasio Cortez used some of her time this morning to clap back on that conservaazz and call Yoho out for his non apology apology..  She also turned this incident into an opportunity to talk about how men disrespectfully talk to and about women they are intimidated by.

here’s the video of her floor speech.