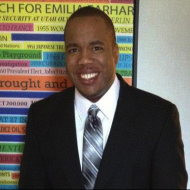 It’s even more infuriating when one of my own people does it.

The latest stenographer to try it is Ms. Robert Littal of Black Sports Online.

In this waste of bandwith article discussing the arrest of Underwood’s boyfriend Carlton Ray Champion for her murder, Miss Littal misgendered Ty, disrespectfully used the dead name, and referred to our fallen sister as a ‘transgendered male’

News flash for you Miss Littal.   Ty Underwood is a transgender female.  If you can’t tell the difference then you need to have several seats in a human sexuality class and take copious notes when they cover Transgender 101..

Meanwhile let me hip you to the pertinent section of the AP Stylebook that covers how to report on transgender people since you have demonstrated you don’t have a clue about that subject.

Now pay very, very close attention.   These are the AP Stylebook guidelines that have been in place since 2001 for reporting on transgender people. .

transgender-Use
the pronoun preferred by the individuals who have acquired the physical
characteristics of the opposite sex or present themselves in a way that
does not correspond with their sex at birth.

If that preference is not expressed, use the pronoun consistent with the individuals live publicly.

If I as a mere award winning blogger can easily grasp that concept, surely you as a grad of The Ohio State University can as well.

Robert, a male to female transperson is a transgender woman or a transwoman, NOT a ‘transgendered male’.

You also use FEMININE pronouns when referring to that trans feminine person.

But you would have known that Robert had you referred to the AP Stylebook, The National Gay And Lesbian Journalism Assn (NGLJA)guide or GLAAD’s guides

But since you went for the salacious headline and misgendering story, and tried to weakly justify it by claiming you were going to follow the police report, as we say in Texas, that dog won’t hunt, and I’m calling your ass out on it.

Far from being an ‘unusual story’, it’s an all too common one when it comes to the murders of African-American trans women and some media person posthumously misgendering or disrespecting them..

I am sick and tired of Black stenographers (you don’t deserve the title of journalist or reporter) murdering my fallen sisters in the media by misgendering them because of ignorance or transphobic hatred.

There’s no excuse for it when you have this marvelous invention called Google to help you out if you have questions about how to respectfully cover us.

And by not using the correct pronouns in this story, you are not only disrespecting and dismissing Ty Underwood’s FEMININE life, you are feeding the anti-trans animus that has led to what is now 17 trans women that have been killed since June 2014