As y’all know, that’s a lot of writing and a lot of posts about a lot of subjects over the nearly nine years I’ve had this award winning and GLAAD award nominated blog in operation.

I do thank you loyal readers for reading those TransGriot posts, commenting on them, sharing them and forwarding those posts to the people in your influence circles.

And for those of you who don’t like what I have to say on various subjects, the fact this blog is unapologetically Afrocentric and looks at trans and other issues that pique my interest from that perspective, tough because I’m going to continue to tell it like it T-I-S is.

That truth telling aspect of this blog is needed in a world that wants to deny that race doesn’t matter, denies white privilege exists and it doesn’t deleteriously affect non-white people inside and outside the LGBT community.

Truth telling is also needed when we are trying to advance our human rights struggle. 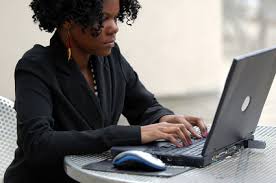 I’m unapologetically Black and trans, and will continue to talk about the stories that affect my community because Black trans issues are Black community issues and vice versa.

Hmm, only 2000 more posts to write to get to the 10,000 post mark.   It’s an election year, so I’ll knock some of that out this year.   As I find nuggets of Black trans history, I’ll continue posting them on these electronic pages.

And yep, I’ll have plenty of things to say about many issue concerns and continue to call out fools.