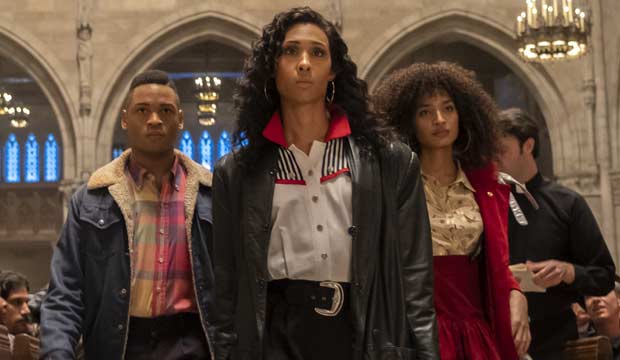 The Emmy nomination voting opened on June 10, and don’t be surprised if you see some folks from POSE snatching trophies when the Emmy Awards are finally broadcast to add to the GLAAD Media Award they received. .

POSE received a double dose of good news as it starts its second season.  It’s Season 2 debut episode ‘Acting Up’  not only got more viewers and higher ratings than last year’s opening, it was announced by FX that POSE has been already renewed for a third season

We also are blessed with two more episodes in POSE season 2 for a total of 10.   It’s also #MustSeeTransTV with the five major trans characters and trans actors playing them.

What that third season will look like we’ll find out later, but season 2’s opening with its time jump to 1990 has already ensured it will exceed the bar it set in Season 1.

Congrats to the cast of POSE, and hope that this year’s season leads to some well deserved awards for your performances