When I travel to many east coast cities, the ATL, Chicago and even Dallas, one of the things all those cities have in common is a rail component of their local public transit systems that connects to the airport.

Washington DC has alway had rail connected to Washington National Airport (I refuse to call it Reagan National), and you can catch a train from BWI to either DC or Baltimore.   You also have the option of taking a WMATA bus to DC to the terminus of the Green Line.

The state of Virginia right now is busy expanding the Silver Line subway from its current western terminus at the Wiehle-Reston East station to Dulles airport and beyond it. 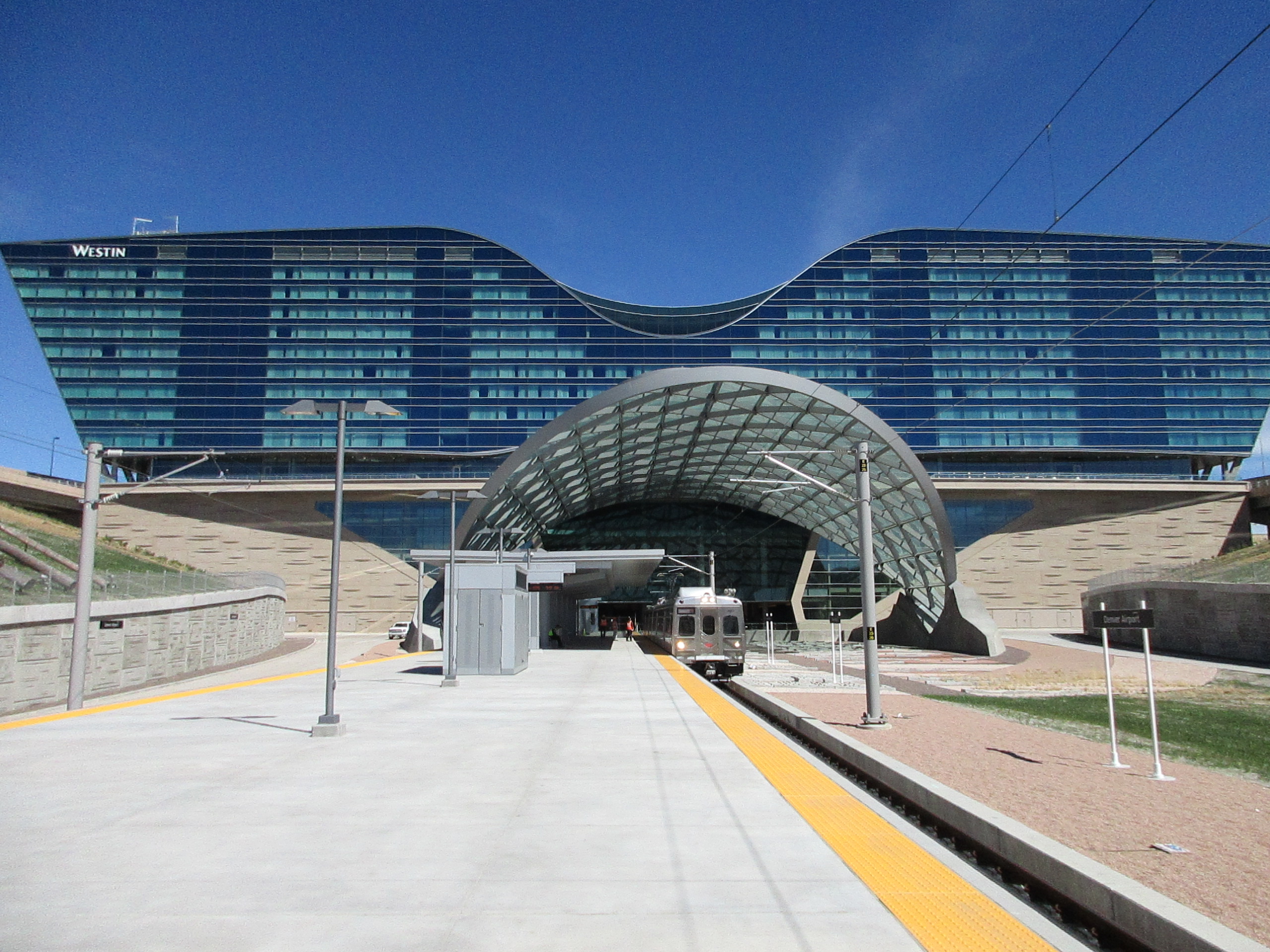 When I was in Denver for #CC15, while the construction for the RTA A Line rail system expansion to DIA was completed, it hadn’t been opened yet because it was still undergoing the mandatory testing necessary before it could open for passenger service. 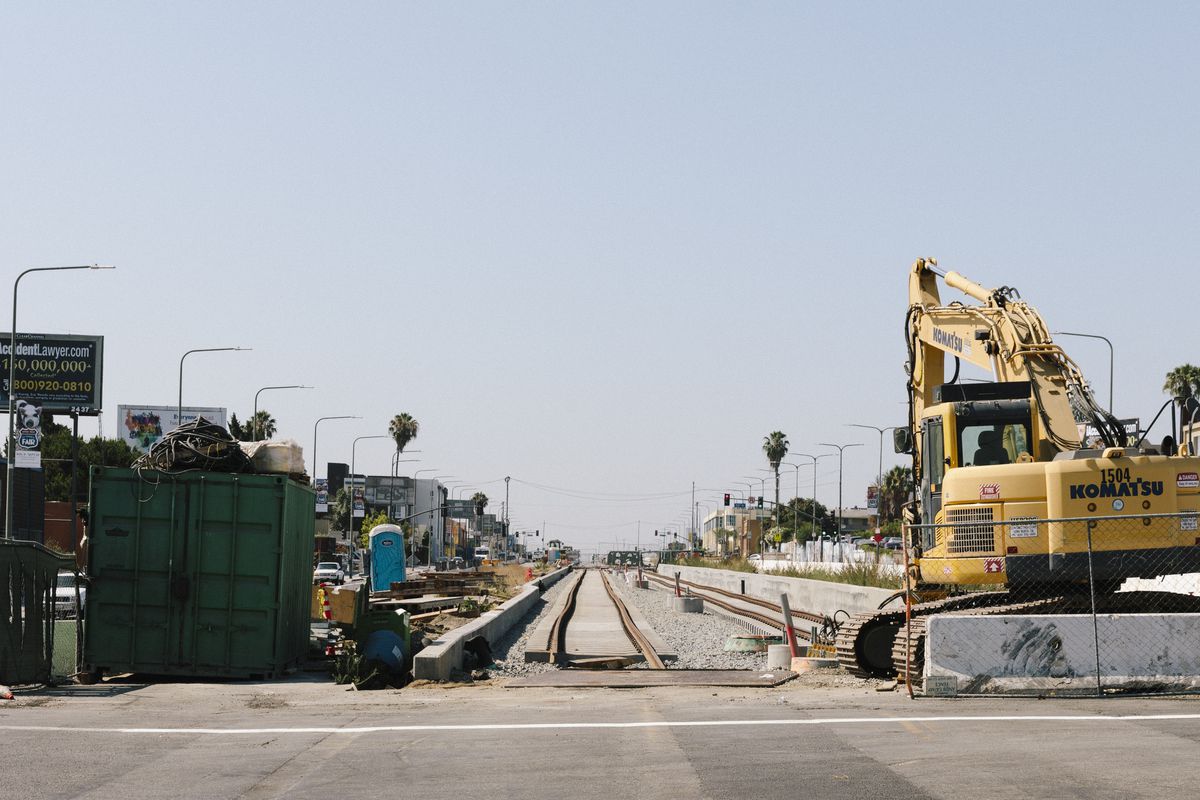 Los Angeles has been exponentially expanding their rail system as part of their preparations for the 2028 Olympic Games with a combination of subway and light rail projects scheduled to be completed as early as 2024.  One of those rail projects is to connect to the under construction Crenshaw/LAX Line to LAX scheduled to open next year and the already in operation Green Line via an automated people mover.

I happily discovered when I attended #NN16 in St Louis that it has rail service from the airport to downtown.  That line crosses the Mississippi River to East St Louis, IL

While as a proud Houstonian I hate to admit that Dallas is better than Houston in anything, one area I must give Dallas props for is their over 100 miles of DART light rail that covers much of the city. 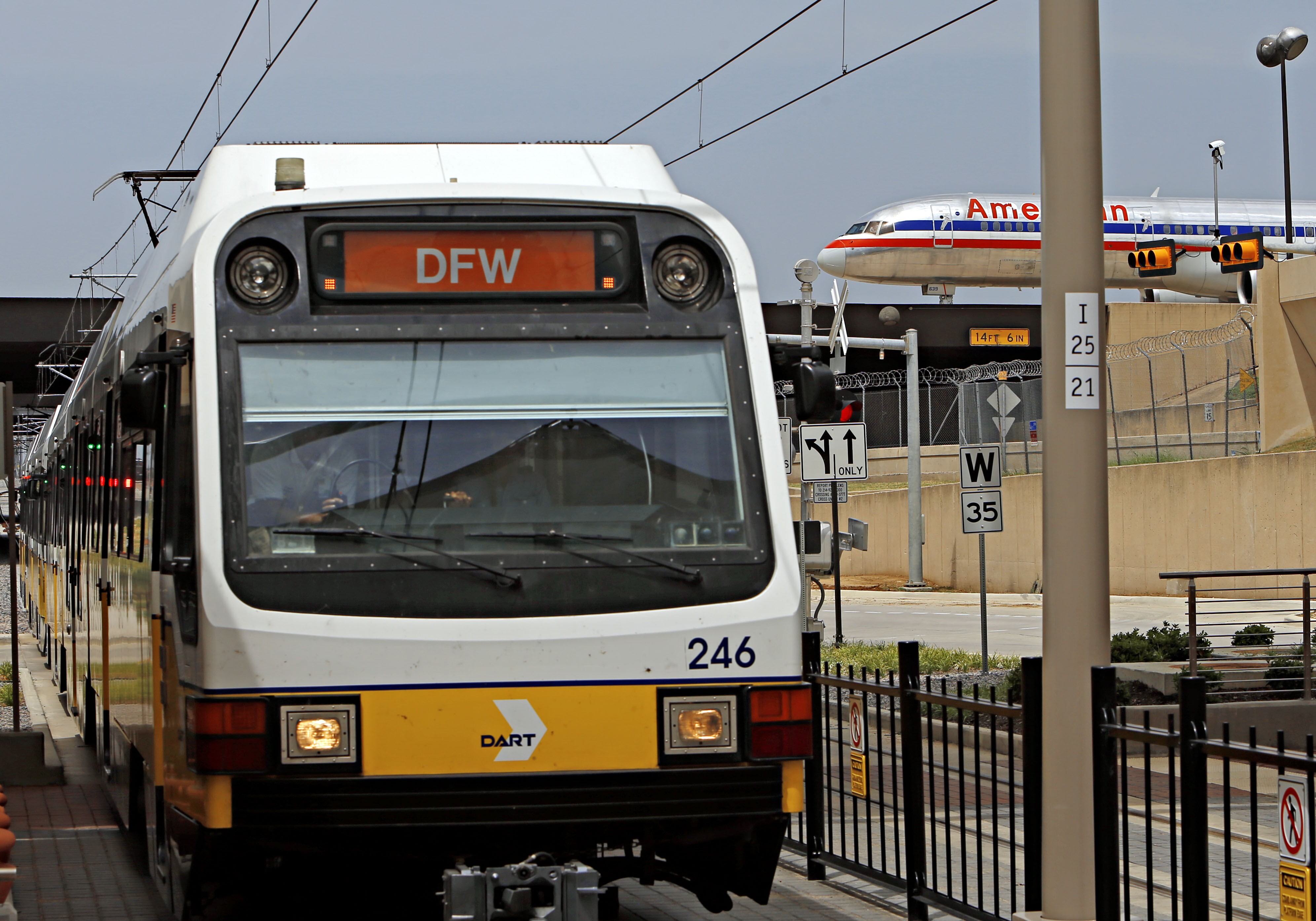 The DART Orange Lineterminates at DFW’s Terminal A, and is part of the largest light rail system in Texas.  The DART system also includes commuter rail lines to Denton and Ft Worth

DART is now currently planning a subway through downtown Dallas to eliminate the system bottleneck that has all four lines converging and traveling through downtown on dual tracks along Pacific Avenue.   It’s also planning the suburban Cotton Belt line which would connect Richardson, north Dallas and Addison to DFW Airport and the other existing light rail lines.  There’s also the TexRail project under construction that will connect Fort Worth to DFW’s Terminal B, the existing TRE commuter line and the DART Cotton Belt Line.

But back to focusing on my end of I-45.  So why doesn’t my hometown have rail to Hobby and Intercontinental airports despite METRO being founded in 1978 with the goal of city wide rail service in mind? 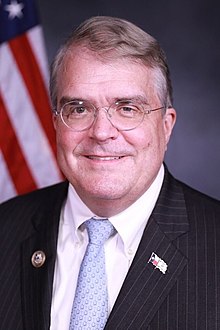 It’s a combination of factors.   Rep John Culberson (R) and before him former Rep. Tom DeLay (R), along with the Harris County Republican Party, were militant rail opponents.  The bad case of NIMBY syndrome that the Afton Oaks neighborhood along Richmond Avenue has just east of the Galleria /Uptown Houston area has had the effect of messing with multiple METRO attempts to logically route rail along Richmond Avenue to the Galleria through that area.

You also have all the naysaying anti-rail peeps who think building or widening freeways is cheaper than rail, nobody will ride it, and building roads is the only option capable of solving our Houston area regional transit issues. 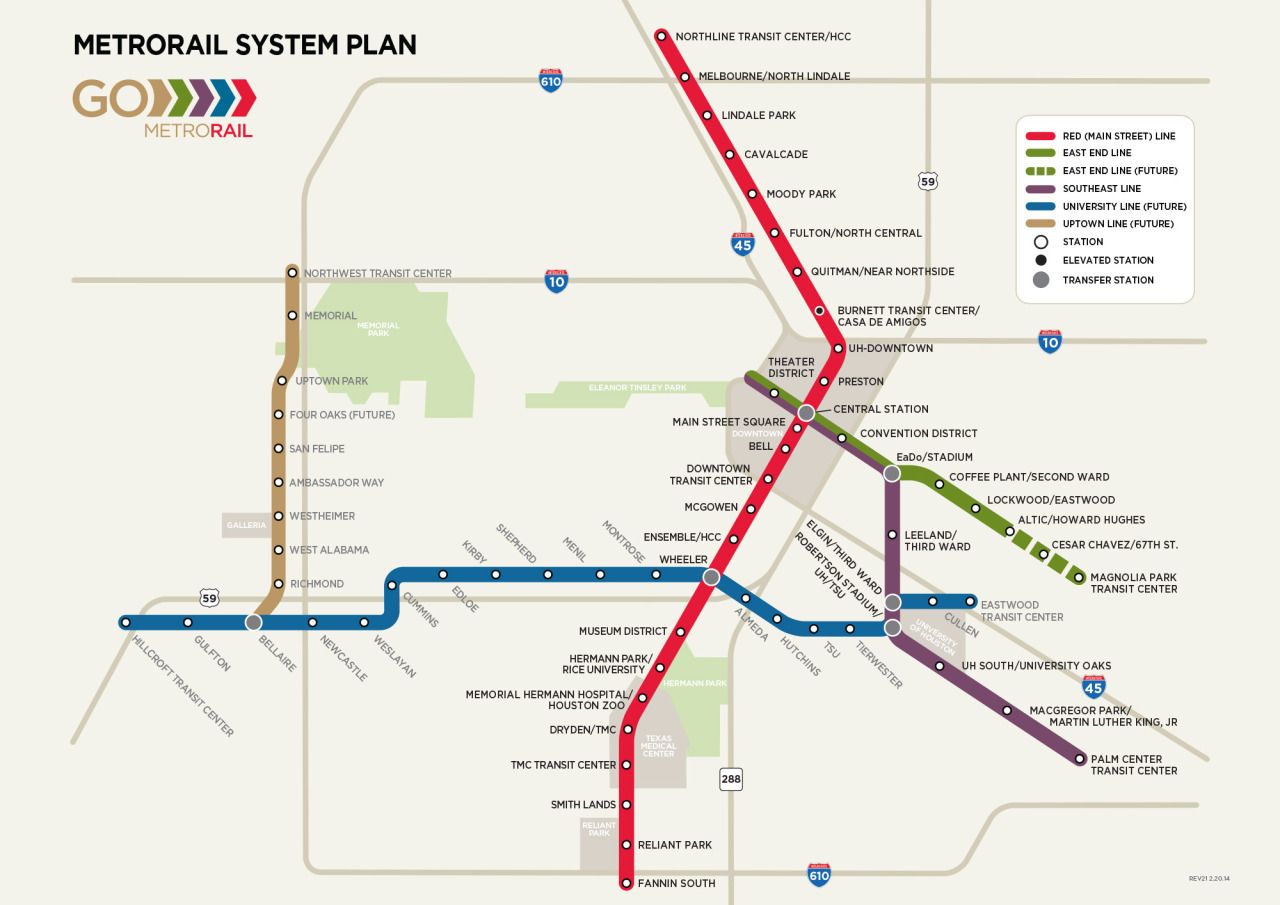 But back to Culberson.   At the behest of his Afton Oaks constituents and his party, he has repeatedly messed with METRO’s plan to build the needed and necessary east west University (Blue) Line to connect the rest of the current system centered on downtown, the Texas Medical Center and the north east southeast sides of the city to the Galleria area and the Gold Line by messing with the federal funding.

Federal funding that the DFW area said ‘thank you very much Houston’ for allowing us to get it to build our rail system. The Galleria area Gold Line that was approved by the 2003 rail referendum passed in large part by Black and Latinx voters is now being built as our first bus rapid transit (BRT) lane that can be easily converted to light rail in the future.

The BRT lane currently being built along South Post Oak Blvd and the West Loop to its northern terminus at the Northwest Transit Center could be eventually extended to the future Houston terminus of the Texas Central Railway bullet trainbetween Dallas and Houston scheduled to start construction next year.

Their collective opposition to rail is so entrenched that Culberson is even bragging about in his campaign materials.  That Republican opposition to METRO getting its fair share of federal money to build rail here is a major reason why the Dallas Fort Worth area has quickly amassed over 100 miles of it and is building more while we spin our wheels dealing with nuisance litigation from anti-rail opponents. 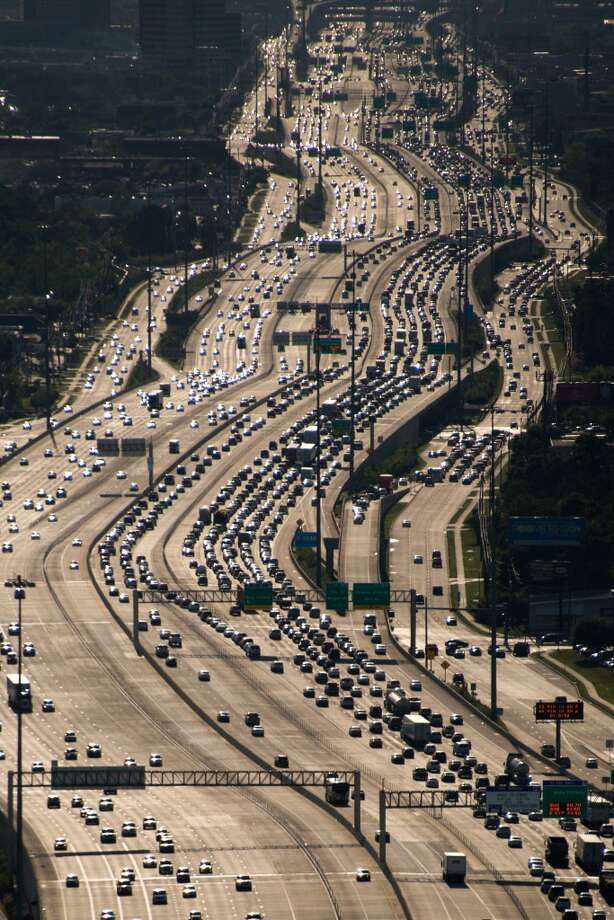 And yes, when the Katy Freeway was widened to a mind numbing 23 lanes at a cost of $2.8 billion, the MKT railroad corridor that ran parallel to it all the way to the western suburb of Katy was paved over.

That corridor could have been used for commuter or light rail.  Same with the corridor along Westpark Road in which freight rail tracks were ripped up for a toll road.

And as you probably guessed, travel times on the Katy Freeway have gotten worse, not better since it was expanded.   Since METRO paid for some of that project, one silver lining of it is the overpasses were built to handle the weight of rail cars if we finally go in that direction we should have and stick rail tracks in the middle of the freeway.

One of the major reasons that Houston was eliminated from the competition to get Amazon’s second headquarters was lack of public rail transit to both major airports.   Chicago, which we will pass soon to become the third largest city in the US, has had rail connections to both major airports for decades.

Looks like METRO is finally getting ready to address that issue, and it’s about time.

The distance from IAH to the current northern terminus of the Red Line at the Northline/HCC station is 11.5 miles, about the length of track that was built to expand the Red Line from the UH Downtown station to that point. How they route the Purple and Green Lines to get to Hobby and the Red Line to IAH from their current termination points, and how much is it going to cost is the question right now.

While I’d like both projects to happen ASAFP, how fast that does occur depends on the upcoming 2018 midterm election in which Lizzie Fletcher is taking on Culberson.

In the wake of the failure to get Amazon’s second HQ to locate here, and if Houston ever wants to see its Olympic hosting dreams come true, the incentive is there for Houston to handle its rail public transportation business.

And it needs to happen as quickly as possible.