We always say in TBLGQ world that those people who adamantly and loudly hate us, attack our humanity and oppose our human rights advances are usually folks who doth protesteth too much and are deeply closeted when it comes to their own sexualiy or gender identity until the skeletons come bursting out of the closet.

One of our oppressors in 57 year old former Brunswick, GA pastor Kenneth Adkins is a prime example of that. 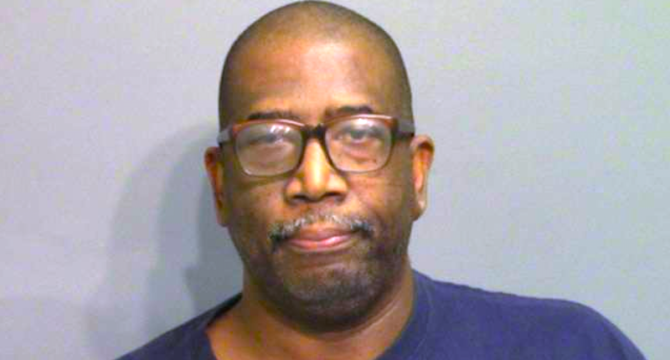 He was the carpetbagging kneegrow frontman the white fundies and Republicans in Jacksonville deployed as a useful fool to successfully attack and shut down the passage of their LGBTQ inclusive NDO a month after HERO went down in flames, and made some nasty and hateful anti-gay comments via Twitter in the wake of the June 2016 Pulse Latin Night terror attack.in Orlando.

[I’ve] been through so much with these Jacksonville homosexuals that I don’t see none of them as victims. I see them as getting what they deserve!!

Adkins was arrested on eight counts of child molestation and yesterday, it took a Glynn County jury only one hour to convict himof all eight charges after a week long trial.

He was accused of having a then 16 year old teenage male and his then 15 year old teenage female girlfriend under the guise of ‘mentoring them’, perform sexual acts in front of him at his church to ensure they were ‘doing it right’   He eventually joined in on the acts, and sent the male accuser two photos of his penis.

There were also electronic communications between the female and him from 2014 revealed during the trial.

Well Kenneth, we’re now having the schadenfreude laced moment of watching you get what you deserve and justice being served for your crimes.

He will be sentenced on April 25, and because of Georgia’s strict mandatory minimum law and Adkins’ prior criminal convictions, he’s facing spending the rest of his life in jail.

Stay tuned to see how much time he got for his crimes..