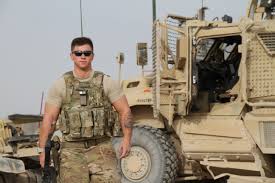 This is  bittersweet Veteran’s Day for me as a supporter of our trans vets and many of my trans friends who served or are currently serving in the military.

This is the first Veteran’s Day in which trans people could openly serve in our nation’s armed forces.  Unfortunately it is also coming a few days after a devastating presidential election in which a president-elect will take office with people whispering in his ears to take our ability to serve our country away as they roll back our human rights.

As my homegirl and Army vet Carla Lewis has famously said, “I defended your right to hate me.” You also defended the country against enemies foreign and domestic, and right now we have domestic enemies of our nation masquerading as patriots, but are anything but that.

Trans vets have also followed the example of Christine Jorgensen, Phyllis Frye, Monica Helms, Fallon Fox, Shane Ortega, Logan and Laila Ireland and countless others who served in all the branches of our military who took the leadership skills they learned in our nation’s military and applied them into leading our community in various ways in our trans human rights struggle.

Thank you for your service trans vets that also includes in many cases you being leaders in our community.   Thank you for not only defending the Constitution and our nation, but also fighting for the policies that will benefit us and all Americans cis and transgender.

1 thought on “Once Again, Thank You Trans Vets!”