After finishing a stretch of three games in 14 days with a 64-3 demolition of Texas State in San Marcos, the number 6 ranked University of Houston Cougars (4-0, 1-0 AAC) face at TDECU Stadium the team that ruined their bid for a perfect season last year in the Connecticut Huskies.

UH was unbeaten at 10-0 and ranked number 13 in the nation when they rolled into Rentschler Stadium on November 15 to play UConn.  A questionable targeting call against star UH linebacker Elandon Roberts in the first quarter got him tossed from the game.  Kenneth Farrow and QB Kyle Postma were injured, and they turned the ball over four times, the final one being an interception tossed by Ward with 55 seconds left to seal the 20-17 upset loss..

Needless to say UConn will have the Cougars undivided attention despite the fact the Coogs are a 24.5 point favorite to win this game.. 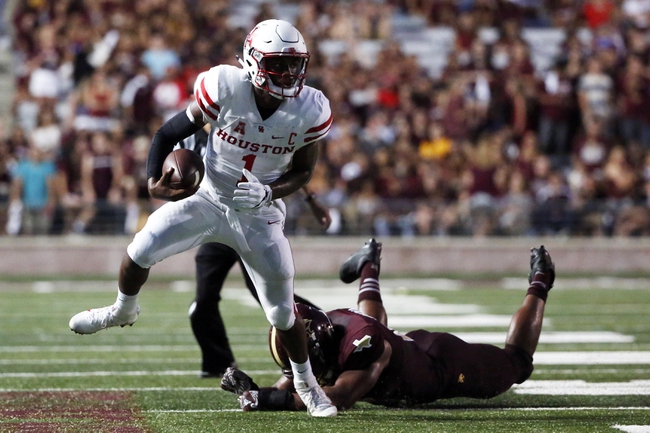 There’s a lot more at stake for the Cougars besides avenging that loss in front of the home crowd. In addition to UH having their highest poll ranking since 1991 and being a spotless 4-0 on the year, they are also a serious contender to play in the College Football Playoff.

The Coogs are also determined to continue their mission of repeating as The American champs.

Greg Ward. Jr played only the final four snaps in that UConn game because of that injury and being forced to play because Postma got hurt late, but that isn’t the case this year.

He will be in the TDECU Stadium house in full effect and ready to lead the Cougars to what he hopes will be their fifth victory of the season and second in AAC play..