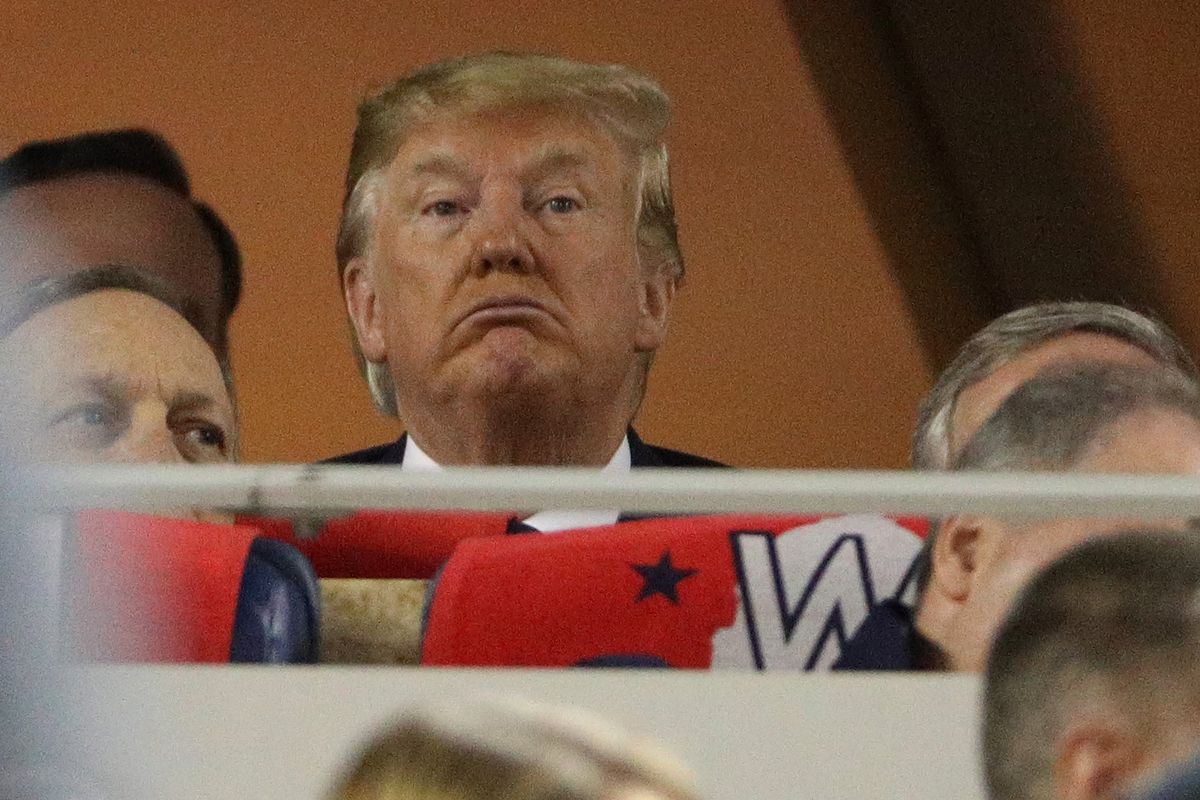 While I was already having a very enjoyable evening watching my beloved Astros take a 3-2 lead in the 2019 World Series after beating the Nationals 7-1, the game was even more enjoyable because of Dolt 45 getting dissed by Washington Nationals fans

Trump and his GOP posse decided to show up for Game 5 of the World Series.  As his smirking orange mug was shown on the Nationals Park jumbotron screen, loud lusty sustained boos arose from the sellout crowd along with chants of ‘Lock Him Up!’

Think this is fake news?    Here’s the video receipts.

In addition to the beautiful sight of Nats fans exercising their First Amendment rights to demonstrate their disgust for him, Veterans for Impeachment displayed a blue sign in view of the behind the plate camera. 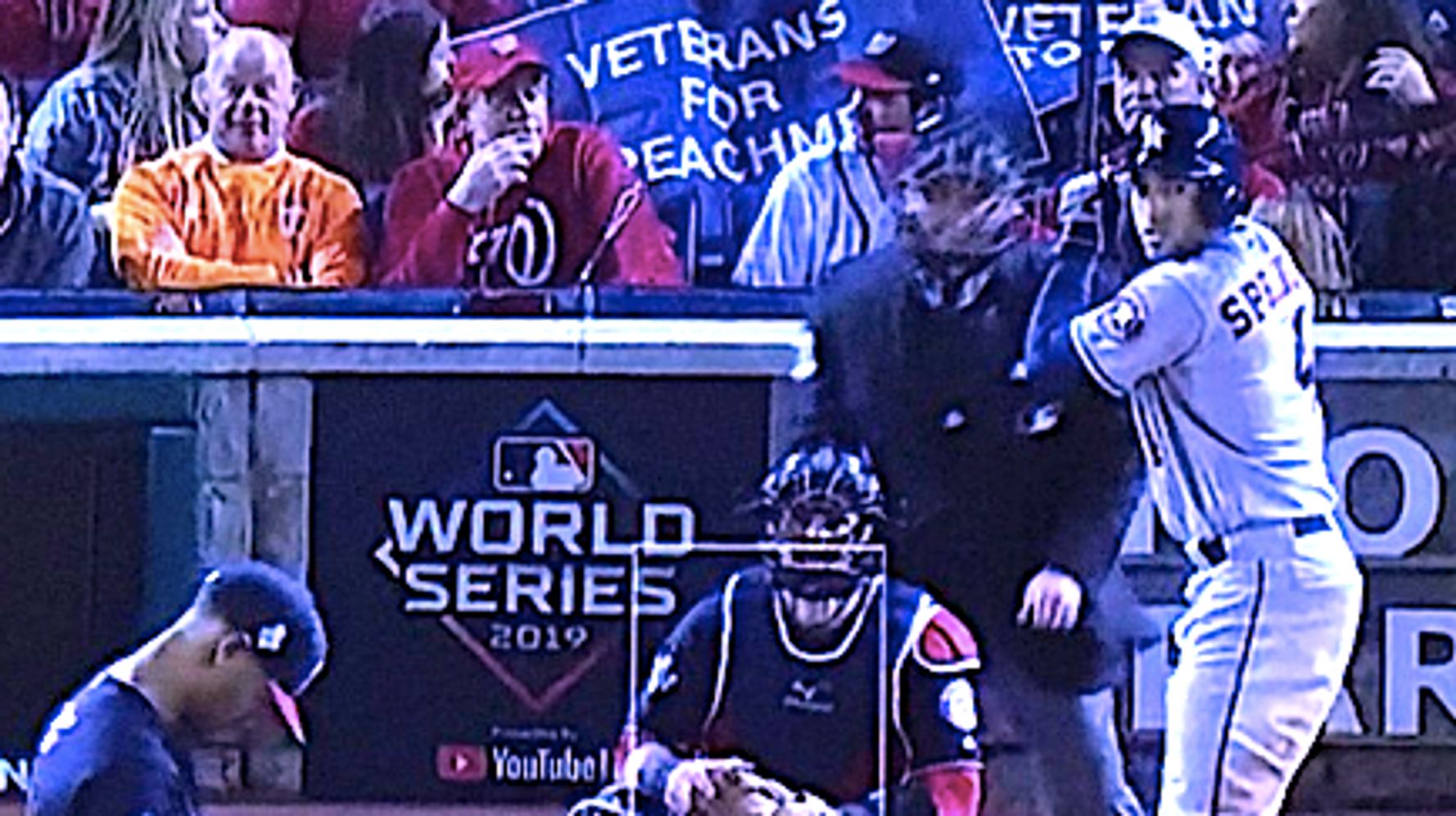 A red  Impeach Trump banner was also unfurled during the game from the right field upper deck.

Nope Dolt 45, this was not your carefully curated MAGA rally crowds or the supine GOP pols kissing your orange behind.  There are the overwhelming majority of Americans who despise you with every fiber of their being.

These are the real Americans who let you know last night they aren’t happy about you occupying the Oval Office, and you can’t dismiss it as inside I-495 peeps.

They reflect the feeling of a sizable majority of Americans who will eagerly demonstrate at the ballot box in 13 months jst how much we want you to be a one term POTUS.