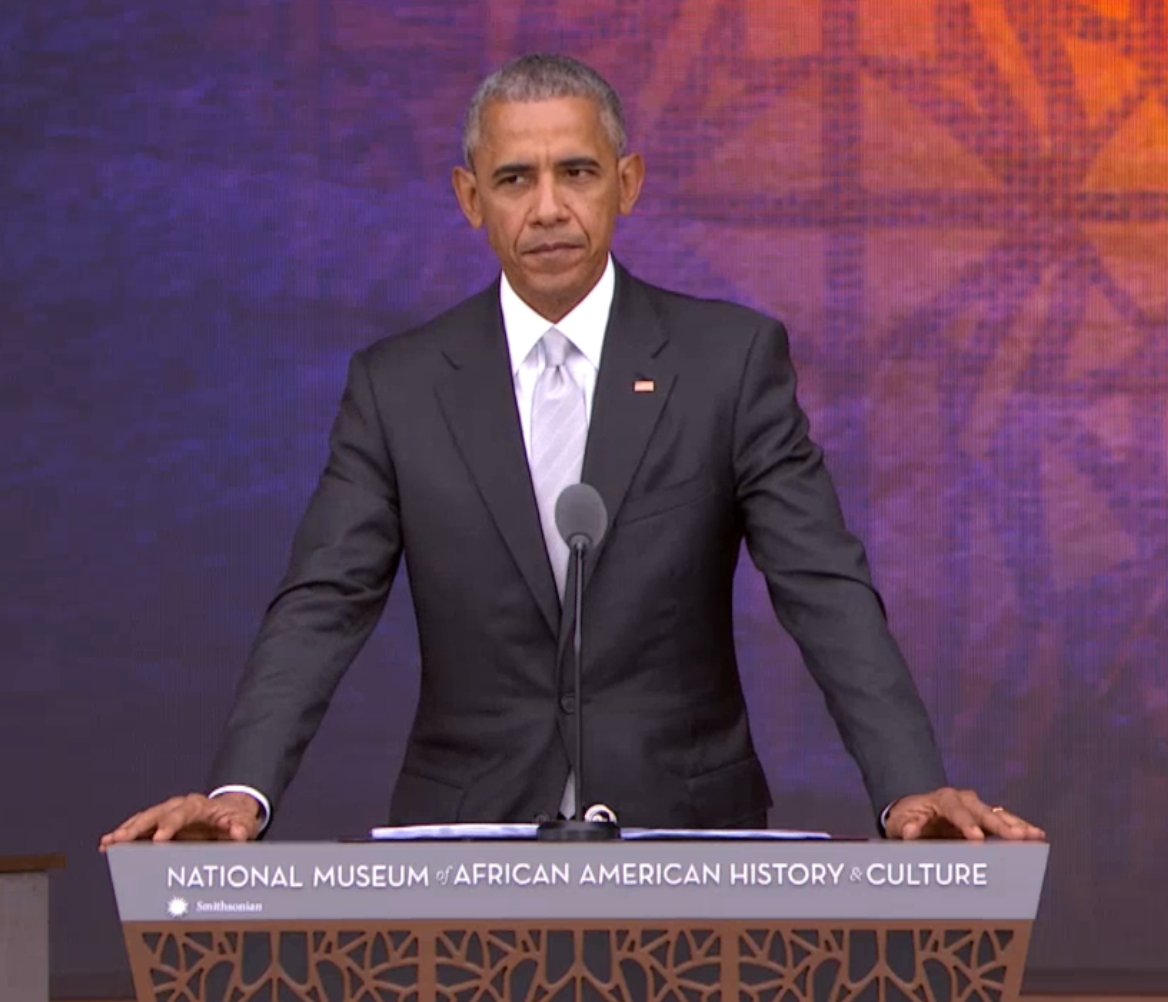 It was an event 100 years in the making, but how apropos that when the National Museum of African American History and Culture (NMAAHC) was opened, the first African American president of the United States was there.

The effort dates back to 1915, when Black Civil War veterans pushed for a memorial to recognize he role they played in fighting for and winning their own emancipation.   Of course, their pleas were ignored and funding never came for that memorial.

After the success of the African American civil rights movement several decades later,  there was renewed interest in our history and recognizing it with a museum.

Civil rights icon Rep. John Lewis (D-GA) introduced 13 different bills to make that happen, which drew opposition from everyone from Sen Jesse Helms (R-NC) to federal land use watchdog groups that objected to the site of the museum on the National Mall.

The museum bill finally passed in 2003 and was signed into law by President GW Bush.

The work then began to raise the $270 million dollars in private donations and get the thousands of artifacts needed to fill the cavernous museum building’s exhibit space.

Construction finally started on the NMAAHC in 2012 and was completed in November 2015,  The Smithsonian’s newest museum that tells the story of African Americans is now open for all of us to enjoy.