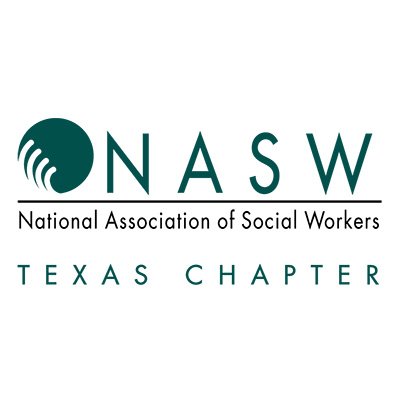 Was happy to see that the National Association of Social Workers/ Texas Chapterhas released a statementopposing the introduction of SB 6, The Texas Transgender Oppression Act.

NASW/TX is dismayed by the introduction of Senate Bill 6 (SB6) into the Texas State Legislature and the consistent approach by legislators supporting this bill to mislead the general public. This is continually being done by falsely portraying transgender people as a threat to personal privacy and the safety of women, children. Additionally, this bill serves to invalidate transgender identities and regulate sex and gender stereotypes in areas of public accommodation. Although supporters of this bill deny that it targets transgender people, if passed, this legislation would have harmful impacts on the mental health, physical health, and overall well-being of transgender Texans. This population of Texans is estimated to be the second largest transgender population in the United States1. The NASW/TX Chapter is committed to resisting unjust legislation such as  SB6 by working with transgender community members, experts in the field of gender affirmative care, and our allies across professions. NASW/TX is committed to inform providers, educators, legislators, and the public at large of the adverse outcomes associated with discriminatory policies that further marginalize communities of diverse gender identities and expressions.

SB6 discriminates against transgender Texans in the following ways:

– Denies transgender people equitable access to appropriate (i.e. in accordance with gender identity) bathrooms and changing facilities in government buildings, public buildings, public schools, and universities by enforcing use of facilities based on “biological sex” as “stated on a person’s birth certificate.”

– Requires school districts, local governments, and state agencies to adopt a policy in which bathrooms are designated for and used by people according to their “biological sex” and enforces civil penalties if a person is in violation of these bathroom policies.

– Allows residents to submit written complaints regarding perceptions of public accommodation violations, which would therefore launch an investigation by the Texas attorney general.

The NASW Code of Ethics charges social workers with responsibilities to clients, colleagues, and the broader society. This charge includes efforts to eliminate discrimination, oppression, and other forms of social injustice among groups including transgender people, who are referred to by the phrase gender identity or expression throughout the Code9. Social workers are called to focus these efforts in areas of Cultural Competence and Social Diversity, Respect, Discrimination, as well as Social and Political Action.

NASW/TX is proud to support and affirm civil rights for all and cannot support the discrimination against any group of Texans. Based on the content of SB6, empirical evidence regarding the impact of discriminatory policies on the lives of transgender people, and the directives of the NASW Code of Ethics, it is clear that SB6, if passed, would be detrimental for transgender and gender expansive Texans.

Therefore, NASW/TX opposes SB6 and urges social work practitioners and students in the state of Texas to take action to ensure this bill is not passed and transgender people are protected.

Thank you NASW Texas for standing up for our community and your fellow Texans. .