People are weighing in on the what WAS a quiet effort to talk to the Baptist Ministers Association of Houston and Vicinity and the GLBT Caucus.

As one of the people considered a major unapologetically Black trans leader in the Houston, Texas and national TBLGQ community, I have also been asked my thoughts about this from multiple people including political candidates, members of the Caucus, and other thought leaders.

So here’s what I have to say about it

You know from perusing this blog that I not only have been a vocal critic of the Baptist Ministers Assn, I was not in 2014-15 happy with them colluding with the Harris County GOP and our longtime assorted haters in Dave Welch, Dave Wilson and Steven Hotze. And Moni STILL isn’t happy with them and the rampant miseducation about the Houston Equal Rights Ordinance they helped grease the skids for that was critical in how it was framed and why it was rejected in the Houston Black community .

But I also have been just as critical about the piss poor effort of Houston Unites and their Prop 8 2.0 campaign that spectacularly failed to educate about and defend the much needed ordinance in my community in large part because of the failure to listen to Houston Black TBLGQ leaders.

In order for us to pass and successfully defend a HERO 2.0 ordinance, you not only need to listen to Houston Black TBLGQ leaders, we are going to have to deal with the Baptist Ministers Assn and also the just as odious to me COGIC PAC.

I also have some ideas about what else needs to happen, but it’s going to cost you to hear what they are.  Y’all in the market for hiring experienced Black trans leaders, equality orgs?  It’s kinda obvious we’re needed and necessary to advance equity in this human rights movement, and not just equality. 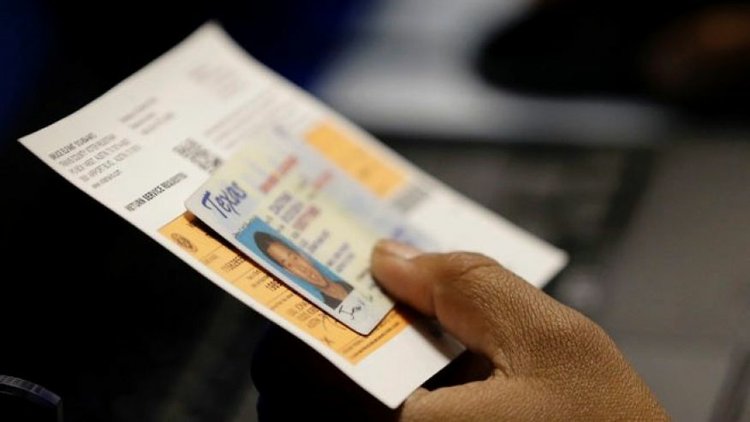 We cannot allow Houston Black voters to ever again be hoodwinked and bamboozled into voting against a local human rights law that protects them in the Bayou City.   Neither can we tolerate sellout Black folks who collude with the Harris County and Texas Republican Party and white fundamentalists to make that miseducation happen.

It is past time for a ‘Come to Jesus’ Houston Black community meeting with those groups.  This is a family conversation that Houston Black trans, bi and SGL leaders need to facilitate because we need to and KNOW HOW to talk to our people.

And as a member of Black Lives Matter HOU, I’m confident that we can successfully along with POC Caucus leaders and other Houston Black community leaders have that conversation.  Both groups are coming to the table with the common points of our Blackness and being sick of the narrative we are ‘more homophobic and transphobic’ than the white folks who draw high five figure paychecks working in anti-TBLGQ orgs , the white fundies ministers that get their jollies hating us, and support a Republican Party dedicated to oppressing us.

Just before the January 2018 Caucus meeting, Mike Webb pulled me aside and asked if they could talk to me about an initiative that was being worked on.  I now know because of the drama this was the initiative they were talking about.

I’m also not happy about the conclusion jumps being made in the article that the trans community is ‘being thrown under the bus’ and that Houston Black SGL leaders expressing their opinions about this situation informed by their Blackness and political knowledge of our Houston Black community and the players in it is ‘cisplaining’.

Really?   Don’t even insult my intelligence with that BS.

This initiative is a Houston Black family conversation that once again, we need to and must have.  That means Houston white TBLGQ community, y’all are going to have to sit on the sidelines for this one until if and when we call for you.

So would I talk to a group that as you know I’m seriously pissed off at?  I sure would.   I definitely wouldn’t mind talking to Max Miller, FN Williams and whoever else is leading the Baptist Ministers Assn of Houston and Vicinity as long as that apology to the trans community happens

The ministers need to know from a living breathing Houston Black trans person we not only exist, that their collusion with our longtime enemies was hurtful to Houston’s trans community.

And the Houston Black TBLGQ community will have a major say in how and what that looks like.