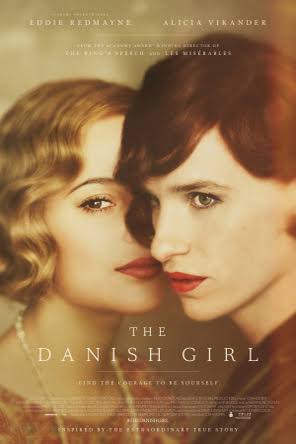 The Danish Girl movie about pioneering trans woman Lili Elbe is being released this Friday, and it is already getting some Oscar buzz for its star Eddie Redmayne. There has been a lot of commentary in Trans World about our irritation over Hollywood once again using a male actor to play a trans woman, and I share that irritation.  I would like to see more trans actors getting roles, especially when it comes to a trans woman playing a trans role on the silver screen or the small screen.

I’d also like to see reciprocity in trans actors getting to play cis roles since the excuse justifying this that comes out of cis people’s mouths is ‘the best actor should get the role’.   Okay, if that is the case, when will we see more trans persons, when they are  best person for the role, playing cis people?

Bella Maddo proved that we can do it, if given the opportunity.

I do have to admit I’m also somewhat conflicted about The Danish Girl as the opening date for the movie is fast approaching.    I’m curious about how this movie about one of our historical figures will be received.  .

Based on the increasing Oscar chatter and it getting moved up from a January 1, 2016 release date to one on Thanksgiving weekend, it may potentially be a lucrative reception.

The societal one is to be determined.