We still want that statue celebrating the triumph of Jim Crow segregation and put up during that time to go away.

Some folks have asked when it is taken down, and when is the operative word here, what should go up in its place?

Easy. Put a statue up honoring a prominent Houstonian. 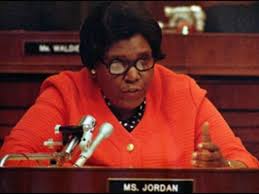 First up is to erect a statue in that spot honoring Barbara Jordan, a proud daughter of this city.

She then made history again by getting elected to the US House of Representatives in the newly created 18th Congressional District in 1972.   She was on the Judiciary Committee during the Watergate impeachment hearings , made two historic keynote speeches to Democratic national conventions in 1976 and 1992 and was the ethics advisor for Gov Ann Richards.

She made history even when she died in 1996.   She became the first Black Texan to be interred in the Texas State Cemetery in Austin, where she is buried with other Texas heroes and sheroes right next to her friend Gov. Ann Richards.

My next suggestion is US Rep. George Thomas ‘Mickey’ Leland, While he wasn’t born here, (born in Lubbock,TX)  Leland grew up in 5th Ward, graduated from Wheatley and later from TSU.

He was a two term state legislator who succeeded Barbara Jordan when she retired from the US House in 1978. He served as the chair of the Congressional Black Caucus during the 99th Congress, and chair of the House Select Committee on Hunger

Leland was a humanitarian and advocate who was killed in an August 1989 plane crash at age 44 while on a mission to bring food to famine stricken Ethiopia.

May I also suggest for a statue the first female mayor of Houston in Kathy Whitmire? 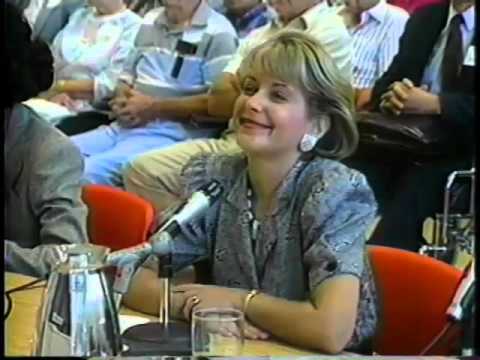 Many of the powers that be hated her, but she was actually the first candidate I was eligible to vote for in a Houston mayoral election.

The native Houstonian CPA and UH grad served as our city controller before she won election in 1981 by building a broad progressive coalition that she successfully maintained it for 10 years across five two year terms.

Her bid for a sixth consecutive two year term as mayor was derailed when her diverse coalition suffered major defections by Lanier taking some of her white support and Black voters supporting Sylvester Turner’s bid to become Houston’s first Black mayor.

She broke the power grip that the ‘good old boys’ had on city politics and the mayor’s chair.  It’s why the Houston conservatives pushed term limits after Bob Lanier won in a 1991 runoff with future (and current) Houston mayor Sylvester Turner.

Whitmire appointed our first Black police chief in Lee Brown, who in 1998 would later become our first African-American mayor.  She appointed now state Sen. Sylvia Garcia to a municipal judgeship as our first Latina municipal judge, and was a vocal supporter of METRO’s plan to build a rail component to our public transit system.

But those are just three worthy Houstonians I can think of who deserve to have a statue commemorating them in Sam Houston Park instead of that white supremacist abomination that sits there now.