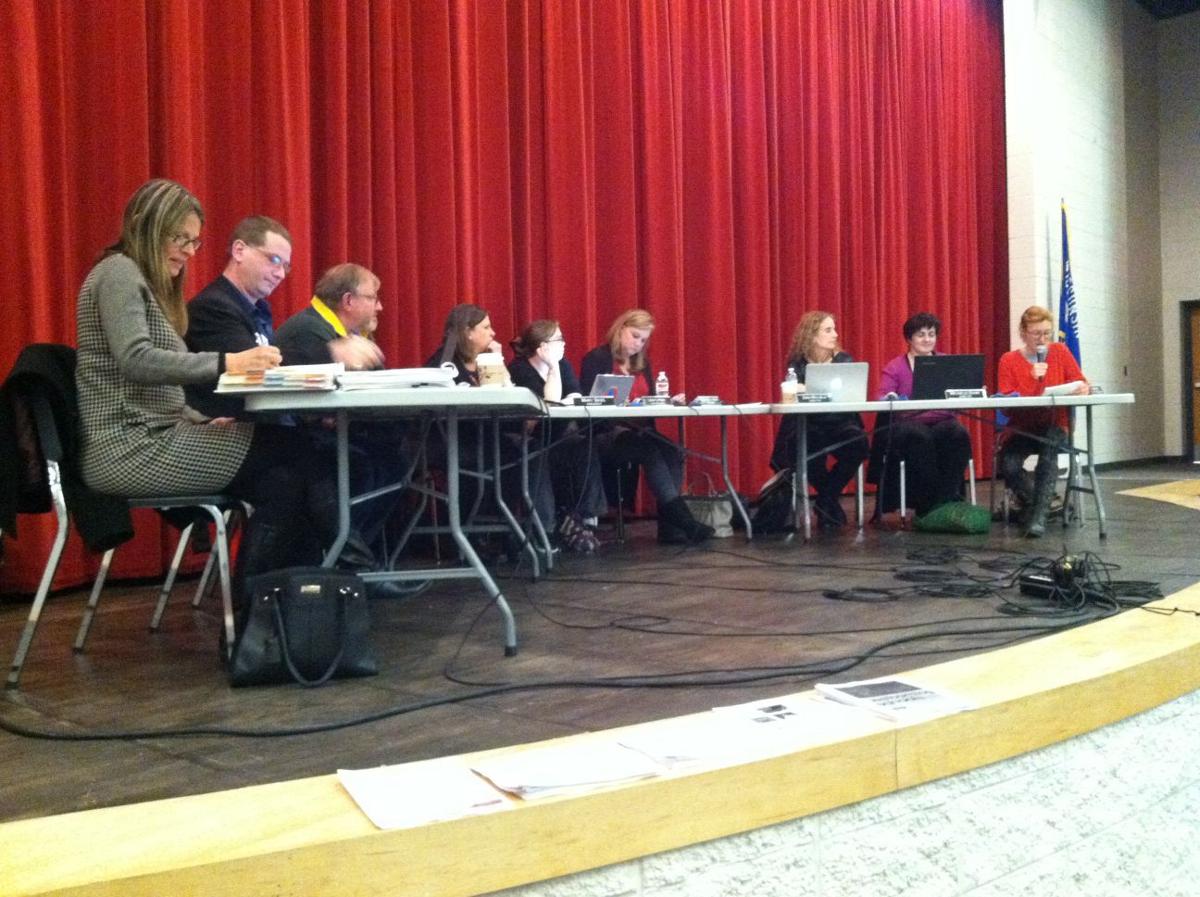 This probably wasn’t the result the Liberty Counsel expected when they stuck their transphobic noses in the business of a Mount Horeb trans feminine child and browbeat the Mount Horeb Primary Center into canceling a November 23 reading of I Am Jazz for the students to help them understand the trans student’s transition journey.

The action ignited a controversy triggering two well attended community public readings of I Am Jazz at the high school and the public library, the Mount Horeb School Board rebuked the transphobes.

Board member Peter Strube forcefully said to cheers of the 80 people in attendance prior to the start of the board meeting,”Let the word go forth here and now that this board will stand united, we will not be intimidated and we will teach tolerance and will be accepting to everyone.

The Mount Horeb School board backed up the tough talk of Board member Strube by conducting a quick board meeting that included a public comment period in which 14 people spoke in favor of the new trans policies and 5 people spoke in opposition to.

Then by a unanimous 7-0 vote, the Mount Horeb School Board passed measures to protect trans students in the district and added ‘transgender status’ to their nondiscrimination policy.

After the vote the mother of the six year old trans child in question, who was watching the proceedings, felt moved to speak and thanked the board.

“This has been the most difficult thing my family has ever had to deal with,”she said.  “I am so glad we are part of this school district going through something like this…This isn’t just about our child, this is about all the other children, too.”

The trans policies are applied on a case by case basis by school administrators, and apply to students who has in the words of the policy, ‘held the belief deeply, followed the belief over a consistent period of time, is supported by the student’s parent or guardian, and has sought guidance and counseling in coming ti the decision.’

The passage of the policy makes Mount Horeb one of the few districts in the state of Wisconsin that have trans inclusive non discrimination policies, and it will be interesting to see what happens next.