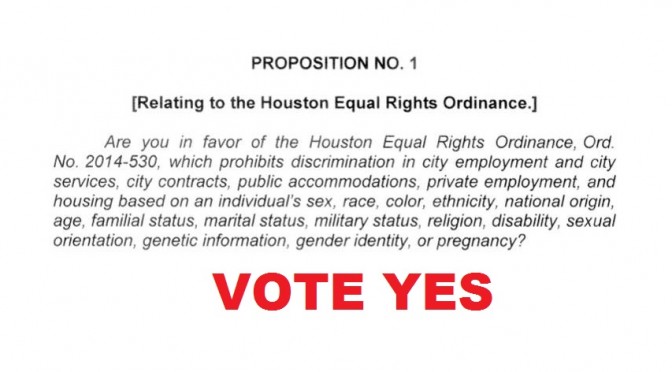 Yep, still pissed about the human rights malpractice that happened here in Houston in terms of the Houston Unites coalition badly botching the defense of the Houston Equal Rights Ordinance.

I want to point out that Houston City Council meetings are televised on municipal cable channels, and there was video from both sides that could have been used not only for a pro-HERO commercial, but for an attack ad as well.

Let’s start with the video from last year’s HERO hearings that could have been used in a pro HERO commercial.

I start with Cassandra Thomas, from the Houston Area Women’s Center, who for 20 years has been a nationally recognized authority on the subject of sexual assault.

Now, why wasn’t this testimony used as part of a concerted effort to destroy the bathroom predator lie or information pointing out that in the other Texas cities that have similar laws to HERO, no such problems have occurred?

The Houston media failed to do their job debunking the opposition lies until it was way too late.

Now for one that Houston Unites could have turned into an attack commercial like the one I previously talked about.

Here’s local faith based hater Becky Riggle testifying that because of her Christian faith, she had the right to discriminate against Jews.

This was a Christmas present from the opposition that should have been turned into an endless attack commercial loop highlighting their faux faith based bigotry and used to drive a wedge between the non-white ministers and their GOP controllers.