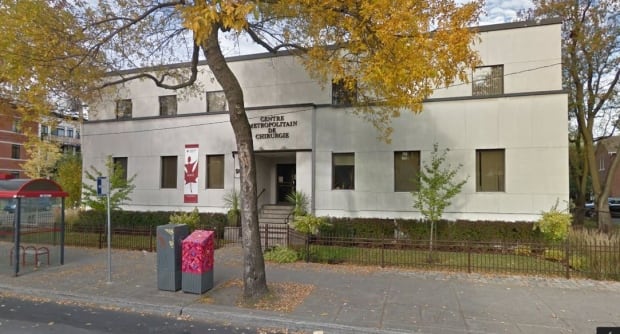 When my post op sisters talk about what surgeons did their gender confirmation surgeries, sometimes when we are discussing that subject in Trams World they will nickname themselves based on what SRS surgeon did the operation.

For those who went to the late Dr. Stanley Biber, they call themselves ‘Biber babies’.  The ones who went to Dr. Toby Meltzer say they were ‘Meltzered’.  Those who went through Dr. Marci Bowers are ‘Marci’s Maidens’

For those who had their gender confirmation surgeries with the now retired Dr. Yvon Menard and with Dr Pierre Brassard who took over his Montreal practice, they are ‘Menard Mademoiselles’ or ‘Brassard Beauties’.

I mention Drs. Menard and Brassard because it has come to my attention that the surgery center where Dr Menard and Dr. Brassard do their work for trans women across Canada and around the world was hit by an arsonist who entered the building on May 2 at 8:45 PM EDT and set it on fire..

While sprinklers quickly extinguished the fire before firefighters arrived and no one was hurt, the arson attack on the Centre Metropolitain de Chirurgie (CMC) resulted in $700,000 of smoke and water damage to equipment and it’s indefinitely closed.

The surgeries scheduled between May 3-6 were rescheduled, and the CMC announced in a  May 4 press conference that they were working to transfer surgical operations to another clinic, that the adjoining convalescence home wasn’t damaged, and security in the wake of this attack has been ramped up..

The Montreal Police arson unit is investigating the fire, but as of yet haven’t announced if they have a person of interest in this anti-trans terror attack or classified it as a hate crime.

Really?  Egale Canada, begs to differ on whether this is a hate crime, and issued a statement in the wake of the May 2 attack on the CMC. .

On May 2nd, 2016, a man armed with a machete, axe, and gas can, stormed Canada’s only sex reassignment clinic in Montréal, and set it on fire.

This act of arson is a symbolic affront to Canada’s trans community, and nothing short of hate crime.

The attack underlines the threat of violence that is endured by Canadian trans people on a daily basis, and affirms the continued need for positive change in our country’s public perception of trans people.

Trans folk suffer a heightened degree of violence, hate, stigma, and discrimination based on gender identity. Due to the May 2 attack, The Centre Métropolitain de Chirurgie suffered $700 000 (in damage), and is currently out of commission, further depriving trans folk of their already threatened access to facilities dedicated to safely performing gender confirming procedures.

On the morning of May 4th, 2016 Egale tweeted news headlines related to these events, linking the news to a daily curated news feed. Egale could have provided deeper coverage of this event and taken swifter action to release a statement. Egale Canada Human Rights Trust is dedicated to furthering the human rights of trans folks in Canada and abroad, by providing LGBTQ-inclusivity training at Canadian schools and workplaces, by providing domestic and international government policy consultation, and through counselling, crisis intervention, and housing support of LGBTQ2SI youth.

Needless to say, Egale stands in full support of The Centre Métropolitain de Chirurgie, denounces the actions of its attackers, and of any who choose to attack the human rights or our trans friends and neighbours.

The CMC was affordable, compared to US GRS surgeons and until the attack, was flying under the radar. That anonymity died no thanks to a transphobic terrorist arsonist.

This terror attack on this clinic also points out not only the need in Canada and the United States for more trained SRS surgeons, but the need for the Canadian government to get busy with the job of protecting the human rights of my Canadian trans siblings at the federal level..

Here’s hoping that the Montreal Police expeditiously solve this hate crime and bring the perpetrator of it to justice.