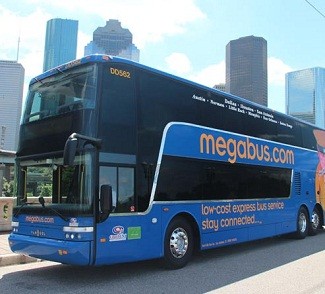 The last trip I took was to Dallas for the 2015 Black Trans Advocacy Conference ( BTW, the 2016 BTAC will happen April 25- May 3, so start making your plans now to be there) and it was via Megabus.

Since I returned from Dallas, haven’t been traveling as much because I had to sort out housing issues that caused me to decide not to go to this year’s Philly Trans Health Conference and Netroots Nation in Phoenix.

The Texas Transgender nondiscrimination Summit  is a trip I’ve had on my schedule for a while, and haven’t missed since I moved back home from Louisville in 2010.  As a matter of fact, the first local event I attended mere weeks after returning home was the TTNS that was hosted by Rice University.

So once again I’m getting on the Megabus in a few hours and heading up I-45 to Dallas, but this time for the 7th annual edition of Texas Transgender Nondiscrimination Summit.

This year it’s not only on the road for the second straight year, it’s going to take place starting tomorrow for the first time ever in the Dallas-Ft Worth area.   The TTNS will on the UT-Dallas campus in Richardson, TX. in their Student Union building and I’m looking forward to it.

What I’m not looking forward to is getting up at the crack of dawn to head downtown for this early morning Megabus departure.   However, getting up that early means I’ll be up and out of town before that Houston heat gets cranked up, and it’s predicted to be 101 degrees F today.

I’ll also have time on that 4 hour ride up I-45 to figure out who gets tomorrow’s Shut Up Fool Award.

The other benefit is I’ll get there before noon.   When I arrive in Dallas and get to the St Paul DART station a 7 Eleven will be there in which I will eagerly get reacquainted with my fave frozen beverage.

And naw, it’s not a margarita, although I’m not gonna lie, it’s a close second.

but back to talking about the first ever TTNS in the Dallas-Ft. Worth Metroplex.  Looking forward to seeing all my friends in the DFW area, and for those of you in the Dallas-Ft Worth area or nearby, we’d love to have you join us.for the 7th annual TTNS starting Friday morning.