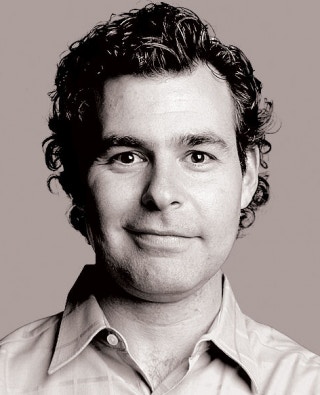 Looks like some rainbow vanillacentric privileged nerves got plucked in the aftermath of the incident during the closing NLGJA reception in which Marshall McPeek was called out for a problematic ‘things and its’ comment while emceeing the event.

Mary Emily O’Hara wrote an article about the incident, I followed it up with my thoughts about it, and now Steve Friess has written a shady op-ed in the Bay Area Reporterin which he asserted that ‘everybody was wrong’ , but focused much of his commentary on attacking the trans community and what he derisively called ‘Pitchfork-wielding Trans Twitter’.

Gee, how mighty white gay male of him.

Here was my response I posted in the comment thread to his op-ed.

Referring to human beings as ‘things and its’ is not a joke to the trans community, and especially the African American one who are taking the brunt of the anti-trans violence aimed at us.

It is never wrong to immediately call crap out. And FYI, you don’t get to tell trans people what we should and shouldn’t be offended by or how offended we should be about anti-trans insults.

I can forgive mistakes. But as a representative of the group taking the brunt of that anti-trans hate violence that starts with comments like that, I am also compelled to immediately call that comment out, because far too often, gay men like yourself have been slinging those anti-trans insults inside community circles and LGBTQ organizations with zero accountability.

If you have a problem with this NLGJA member calling that problematic comment out at a reception sponsored by a so called ‘news’ organization that makes their money demonizing Black and trans people on a regular basis, too bad.

One of the jobs of the media and LGBTQ journalists is to speak truth to power, even within our own circles and organizations, not sweep crap under the rug.

I repeat, it is never wrong to instantly call out problematic commentary.  And as TBLGQ journalists, it is not our job to be stenographers for our community organizations.  When they do something that is worthy of praise we will give them their kudos, and when they frakk up, we will call them on it.

As an African American TBLGQ journalist, I am part of that century plus long tradition Black journalists have of not only speaking truth to power, but activist journalism that moves the ball forward in our ongoing human rights struggle.

The fact that am transgender, I do so as an NLGJA member from a GLAAD award winning decade plus old blog, a monthly column in a regional LGBTQ magazine and have 15K followers on Twitter doesn’t diminish the power of my written words or the importance of them, it enhances them.

And you would be wise to listen to what the hell I have to say as an unapologetic Black trans someone who also has 20 years of award winning activist experience.

As journalist Ida B. Wells once said, “The way to right wrongs is to turn the light of truth upon them.”

That is what has been taking place here.   When we point out stuff that is wrong in our community, in our organizations, or discuss problematic commentary, we are doing so in the spirit of constructive criticism so that the mistake can be corrected.    We are doing so to make organizations better.

The bottom line is that comment should have never been uttered in an organization dedicated to respectful coverage of the TBLGQ community.   And if people who are part of our community’s media organization think it’s okay to call trans people ‘things and its’, what hope do we trans folks have of getting respectful coverage from mainstream media, much less have NLGJA stand up for us when the inevitable misgendering or facts free anti-trans reporting happens?

We trans journalists are representing our community and our readership, and they demand of us that when necessary, we hold you accountable.

We also need you as organizations representing the TBLGQ community to role model the change we wish to see in this currently screwed up Trump run country.