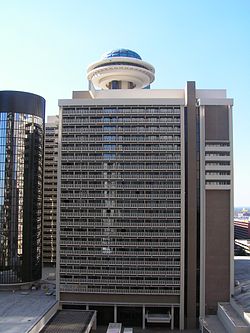 For the first time since 2004, I’m actually spending some extended time in Fulton County and not transiting the ATL airport as I’ve done a few times since then to make connecting flights either to or from Houston.

It’s the first of two trips I’ll mate to Atlanta over the next several weeks, and I’m here for my second consecutive Netroots Nation conference.  Compared to my maiden 2012 Netroots Nation experience in Providence and last year in St. Louis, it’s going to a be a busy one for me with three panel discussion and making an appearance during the Pundit Cup as last year’s champion.

And even better I didn’t have to fly Spirit to get here since this is Delta’s mother hub.

Unlike last year in St. Louis, I’m at the convention hotel this time, which means I’ll get to hang out a little bit longer and talk to convention attendees.   Also looking forward to bumping into old friends and meeting new ones.

And once again for those of you attending #NN17, I don’t bite.  If I’m not enroute to a panel or a meeting, I’ll always have time to talk to people at these events.