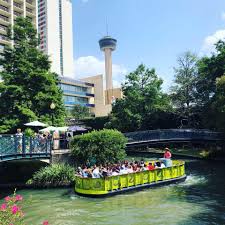 Going to San Antonio for the second time this year, and this time it’s for two purposes.

May 4 is election day here in the Lone Star State.  San Antonio, Dallas and other municipalities across the state will have elections on that day.

One of the election campaigns I’m watching is a San Antonio city council race which pits Frankie Gonzales Wolfe against an incumbent council member in District 8.

If Wolfe wins, she would become the first trans Texan elected to public office in the Lone Star State, and possibly the first out trans Latina elected nationally to any office.  I definitely want to be there to witness that history should it happen.

May 4 is also my birthday and I wanted to do something on my birthday this year besides chilling in my apartment.

So that’s just a few of the reasons why I’ll be spending it on the San Antonio end of I-10.   I hope I’ll have a lot to celebrate before that day is over.