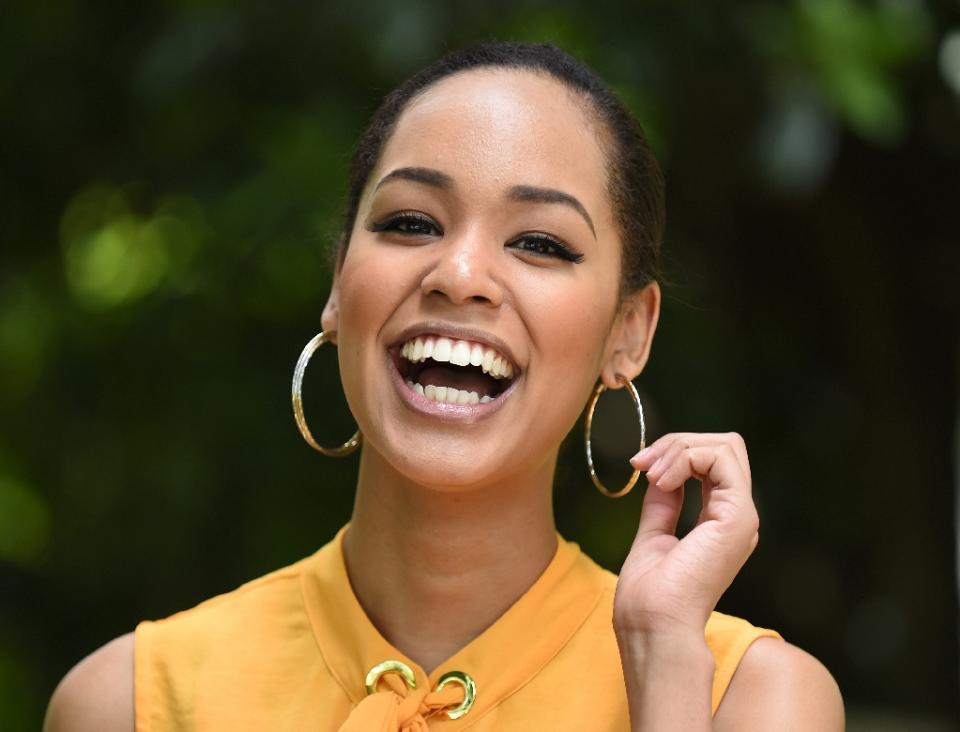 I’ve always been a pageant junkie going back to my childhood and one of my fave pageants to watch is Miss Universe.

I’m still waiting for the first transfeminine contestant to hit the Miss Universe stage, but until them I’m rooting for the girls of the African Diaspora, wherever they come from, to do well.

When the Miss Universe system finally names the date and location of the next pageant, I’ll be glued to the TV watching it because of an unexpected sistah contestant.

When the Miss Universe Japan pageant was held in March, the winner was 21 year old Ariana Miyamoto of Nagasaki.

She has an interesting backstory.  She was born in Japan today in 1994 (Happy birthday sister Taurus!) to an Japanese mother and an African-American father in Sasebo.   After attending elementary school in Nagasaki, Japan, her parents divorced and she emigrated to the US to attend high school in her father’s hometown of Jacksonville, Arkansas before the 1.73 m (5’8″) beauty returned to Japan to become a model.

She entered the Miss Universe Japan pageant after a biracial friend of hers committed suicide, and represented her hometown of Nagasaki in the pageant.   The moment she was crowned starts at the 6:00 minute mark.

Ariana’s Miss Universe Japan win has caused some controversy there because in the eyes of some of her critics, she isn’t Japanese enough despite being born there, a Japanese citizen, currently residing in that nation, her mother being full blooded Japanese, having fifth degree mastery of calligraphy and she being a fluent Japanese speaker.

And I do have some memories of Jesse Jackson having to make a few trips to Japan starting in the 90’s to tackle anti-Black attitudes there.

Miyamoto’s win has also opened the doors to a conversation in Japan about what it means to be Japanese in a multi-racial world.  At the same time it also gives African-Americans an opportunity to understand what life is like for a Black woman living in Japan and if it has improved since those contentious 1990’s.

Miyamoto is eager to use her newfound fame to facilitate that conversation.  She’s hoping her selection as Miss Universe Japan will help change attitudes in her nation toward people of color.

“I want to start a revolution,” Miyamoto said with a laugh. “I can’t
change things overnight, but in 100-200 years there will be very few
pure Japanese left, so we have to start changing the way we think.”

Ariana is not the first, nor the last Japanese person with African-American heritage they will see in a nation that is 98.5% ethnic Japanese and is not as monoracial as it thinks it is.

And yeah, just goes to show you how beautiful Black women are, no matter what nation they reside in

Congratulations Ariana!   Hope to see you rock the Miss Universe stage in a few months as you attempt to become the first Japanese Miss Universe winner since 2007.