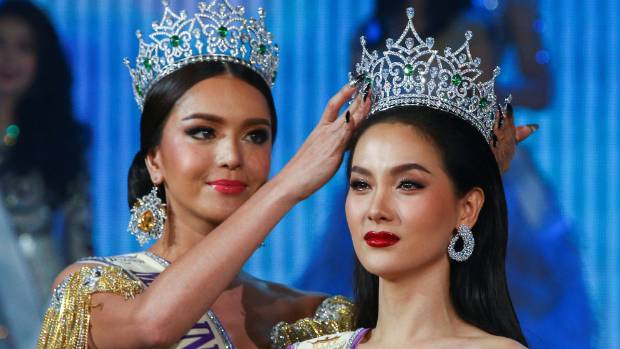 While I ain’t mad at those girls who won or were the first and second runners up, I’ve had a problem with Miss International Queen on a lot of levels since 2011.

My dissatisfaction with this so-called most prestigious premiere international pageant for trans women has only increased since I wrote this post in the wake of the controversial end of the 2011 pageant calling for Miss International Queen to have an international judging panel.

I have serious questions about the impartiality of an all Thai panel with uncomfortable connections to the host Tiffany’s venue, and also have serious concerns that those Thai judges have a cultural bias against dark skin girls.

If that’s not the case, then why has there in the history of this MIQ pageant NEVER been a Black trans woman to win it, and only three who have even placed in the top three of the pageant since 2004?

Black trans girls across the African Diaspora don’t even bother trying to enter the Miss International Queen pageant because of the perceived anti-Black bias.

So nope, still going to be giving Miss International Queen the side eye until they decide to make the changes necessary that will take the pageant to the next level, make it a truly international event, and people who wish to compete in it don’t feel like it’s rigged in favor of a Thai or Asian trans girl.