The date and site for the 2019 Miss Universe pageant has yet to be determined, but Angela Ponce’s historic trip to Bangkok to compete in Miss Universe has inspired other trans pageant beauties around the globe to try to make pageant history in their own nations.

One of those is in Brazil.

25 year old Nathalie Oliveira is starting her quest to be on the 2019 Miss Universe stage by competing in the Miss Rio de Janeiro pageant that takes place this weekend on January 26. 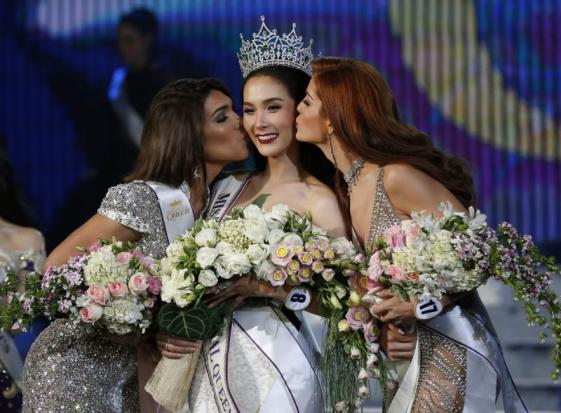 It is a preliminary for the Miss Brazil Universe pageant that will take place later this year, and she is the first out Brazilian trans woman who has ever entered this regional pageant.

Oliveira was the winner of the Miss Trans Brazil pageant, and was the first runner up in the 2016 Thailand based Miss International Queen contest.     She also has a YouTube channel with over 15,000 subscribers that covers topics that include makeup, travel, and transsexuality Good luck to Nathy!  Here’s hoping she gets a step closer to being on the 2019 Miss Universe stage