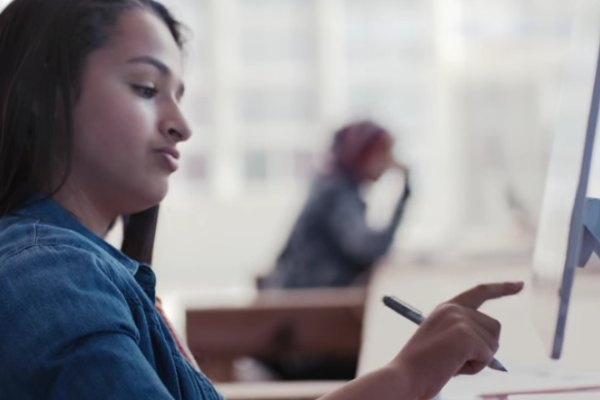 This is a Christmas commercial I can definitely get into.

Microsoft decided to step it up another level and feature an actual TBLGQ person in their ‘Art of Harmony’ ads for their Microsoft Surface Studio..

Jazz Jennings is one of the people featured in the ad that also includes 7 year old Zea Bowling, who stood up to a homophobic preacher after the Obergefell SCOTUS ruling, Zianna Oliphant, who made a heartfelt speech on racial issues to the Charlotte City Council, Florida police officer Bobby White, AKA ‘the basketball cop’ , West African refugee  Haws Diallo, Mona Haydar, who invites people to ‘Ask a Muslim’ and talk to her about a wide range of issues. and Christopher Catrambone, who launched a search and rescue group for migrants crossing the Mediterranean Sea.

The people in the d are shown using the Microsoft Surface Studio to create a message of peace, love and inclusion.

And as you probably guessed the conservafools are hating on the ad.