“While I may be the first African-American trans person honored with this Virginia Prince Transgender Pioneer Award, I emphatically believe I won’t be the last one to be so honored.

We have some people who have been and still are trailblazing African-American leaders such as Marisa Richmond, Kylar Broadus, Dawn Wilson, Miss Major and Louis Mitchell just to name a few who could have easily been standing here today instead of me.”Monica Roberts,
Virginia Price Transgender Pioneer Award Acceptance Speech

In 2015 I became the first African American trans person to receive the Virginia Prince Transgender Pioneer Award from Fantasia Fairas Marisa Richmond congratulated me for doing so. 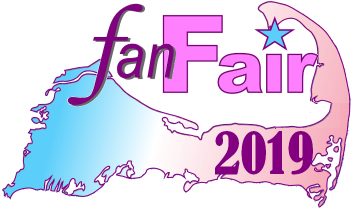 And I couldn’t be happier for her.   She has been blazing trails in our trans rights movement since 1992, and I’m pleased and proud to call her a friend.

In 1992 she founded the Tennessee Vals gender group that is still in existence.  She was a board member of NTAC, AEGIS and NCTE.   She founded the Tennessee Transgender Political Coalition.  In 2008 she became the first African American trans delegate to the Democratic National Convention that was held in Denver.  In 2008 she also became the first openly trans person to win an election in Tennessee when she was elected to the Davidson County Democratic Party Executive Committee.

Congratulations Marisa!   It’s well deserved, and hopefully I can get to FanFair 2019 and be in the room when she accepts her award