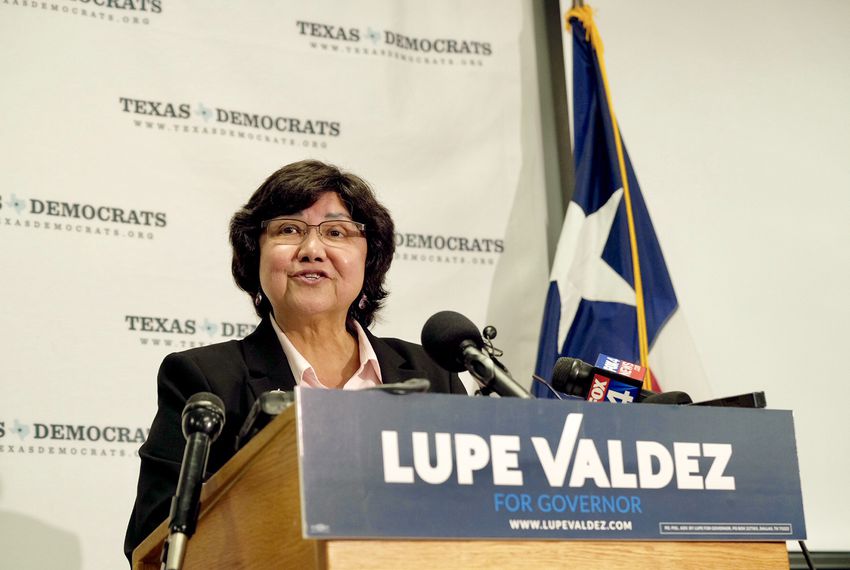 We finally have a major Texas Democratic Party player running for governor in 2018!  That person is former Dallas County sheriff Lupe Valdez.

She’s the former sheriff because she resigned a position that she’s held since 2004 to run for the governor’s chair.   She’ll continue to serve as the Dallas County sheriff until the Dallas County Commissioners meet to select her replacement on December 19. It’s a crowded field on the Democratic side to see who will take on the incumbent governor  Greg Abbott.    She also a trailblazer as the first openly gay Latina sheriff in the United States.

Will be interesting to see how this campaign shakes out.

I’m also looking forward to voting for her when the primary election happens in March.