Today marks the second anniversary of the death of 25 year old New York girl like us Lorena Escalera.

The model and member of the House of Xtravaganza was found dead in her Brooklyn apartment after a suspicious fire.  It was discovered during the subsequent investigation Escalera died by strangulation and suffocation suffered BEFORE the fire started at approximately 4 AM EDT on May 12, 2012.

It also didn’t help that in the wake of this murder Lorena was subjected to sensationalized media disrespect by the New York Times and other Big Apple news outlets that Laverne Cox, Janet Mock and other New York City based activists vehemently criticized at the time.

“As my city’s and our nation’s paper of record, I would expect the New York Times to treat any subject, regardless of their path in life, with dignity.”

“In Lorena Escalera’s life she was so much more than the demeaning, sexist portrait they painted of girls like us. It goes beyond a ‘choice of words.’ According to the Times’ limiting, harmful portrait of Lorena, she was nothing more than a ‘curvaceous’ bombshell for men to gawk at. That is not the ‘personal’ story of any woman, and until we treat trans women like human beings – in life and death – with dignity, families and struggles, our society will never see us beyond pariahs in our communities.”

As of this date Lorena’s killer has yet to be brought to justice, and the House of Xtravaganza, Lorena’s friends and family and all who loved her are still hoping that justice will eventually be served in this murder 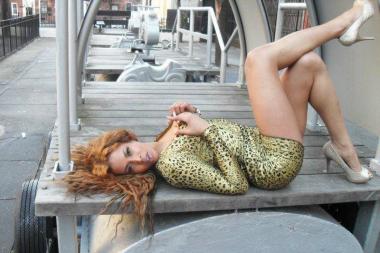 I will be checking with New York trans activists and other interested parties in this case to see what is transpiring in the NYPD investigation concerning Lorena’s murder, and as you can expect, if there is any news that comes to light regarding this case, I will definitely pass it on to you.

If there is a memorial service or vigil planned, I’ll also pass that information to you as quickly as I receive notification of it.

Lorena, we won’t rest until the person or persons who took your life are rotting in a jail cell.

Nor will we ever forget you.  Rest in power sis.