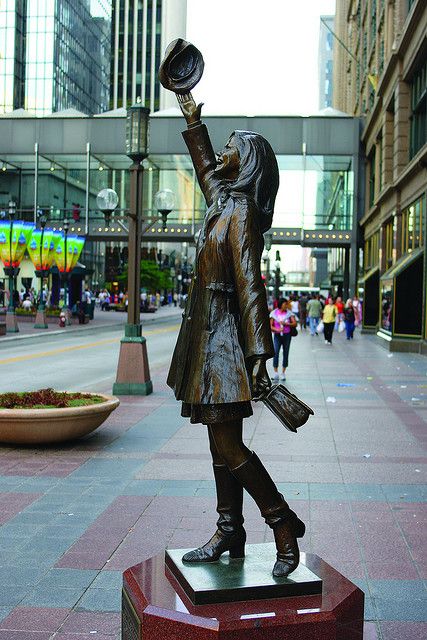 It’s a travel day in which I get to take a jet plane out of Hobby and head to Minneapolis for the Andrea Jenkins Lecture I’ll be participating in tomorrow with Dr C Riley Snorton on the UM campus.

Already have a shot of me next to the Bronze Fonz, and Minneapolis has its own iconic statue of a fictional TV character in Mary Tyler Moore at Nicollett Mall.

It recreates the scene from the Mary Tyler Moore Show opening credits in which her Mary Richards character throws her tam in the air in front of the downtown mall along with scenes from the show.

I was a huge fan of the Mary Tyler Moore show growing up that put Minneapolis in the public consciousness before His Royal Badness came along later..

I’m looking forward to seeing as many of the Minneapolis based trans peeps I know while I’m there, and hope everyone can come to check out the event at the Mayo Auditorium on the University of Minnesota campus.

The interesting thing is I have to fly to Denver first and then catch my connecting flight out of there to Minneapolis.   Here’s hoping I have no drama or ATC delays.