I don’t have HBO on my cable package, and this is one night I wish I did.

This week’s episode of Bill Maher’s HBO Real Time had Maher inviting that transphobic idiot Milo Yiannopoulos on as a guest.   It caused one of his regular panelists to remove himself from appearing on the show.  He did his usual transphobic shtick, that Maher pretty much ignored and let him rant unchallenged.

But when the Overtime segment of the show happens, Larry Wilmore, the former host of the Daily Show wasn’t having it, especially after going on a five minute facts free anti-trans rant and calling a decorated intelligence office ‘stupid’ 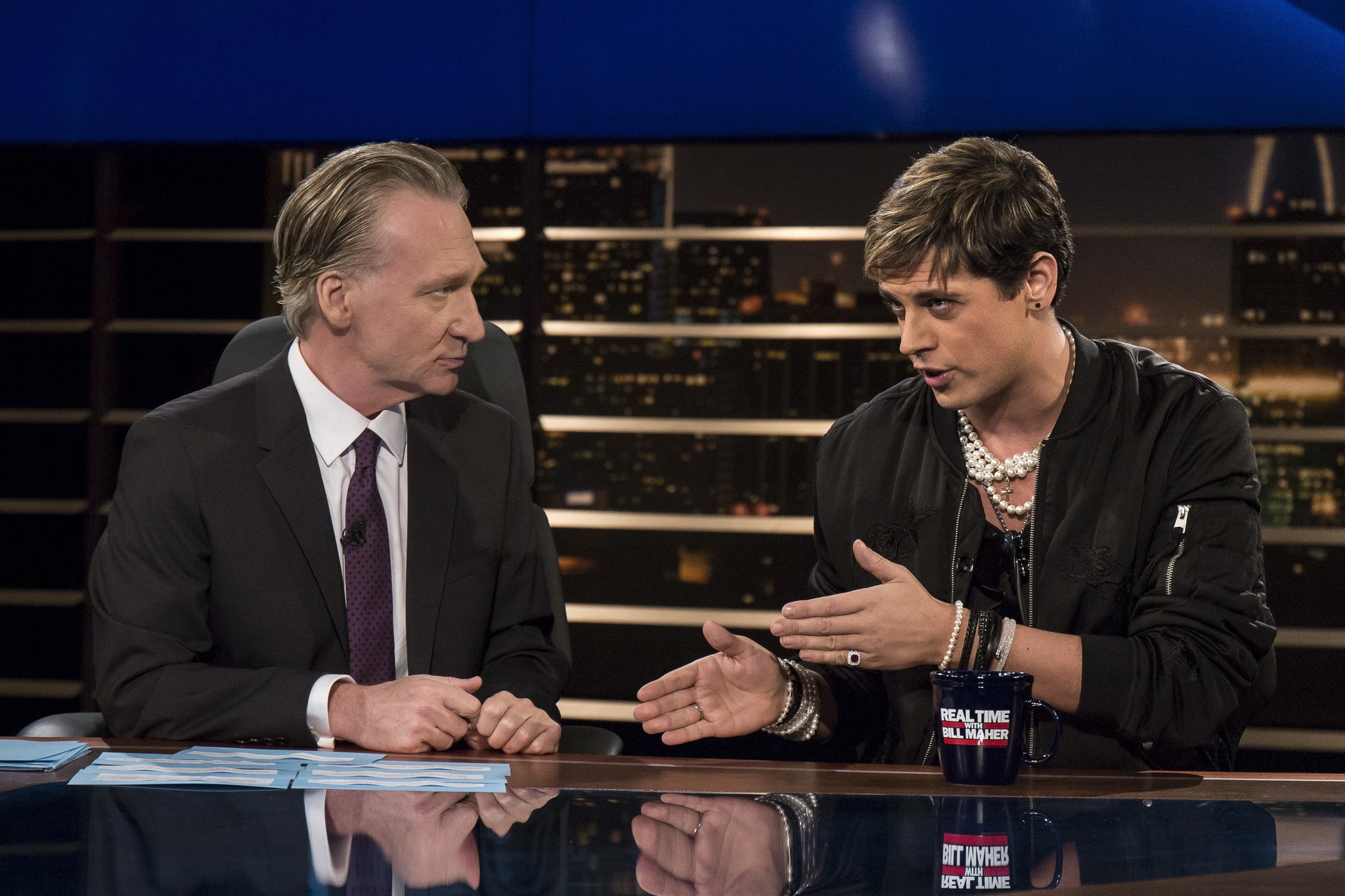 Wilmore at that point had enough of Milo’s bull feces and put him on blast.

It’s ironic that we have this example of a cisgender heteronormative Black man calling out a white gay man who is demonizing the humanity and human rights of transgender people.

Milo is an glaring example of why there are ongoing tensions between elements of the white gay male community and the transfeminine community while the fauxgressive (Maher) sits there in mute silence.

Fro those of you who missed it, here’s the video in which Wilmore put Milo’s transphobic and racist behind on blast, told him to go pleasure himself, and points out to the British conservafool his hypocrisy of using the same arguments people used to demonize gay people back in the day to do the same to transgender people..