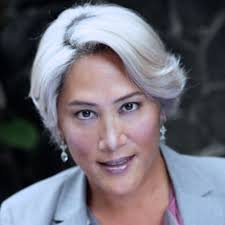 A little electoral bad news out of Hawaii.

Our sis and Hawaii Human Rights Commissioner  Kim Coco Iwamoto was in a three way Democratic primary race for a state senate seat that came open with the retirement of longtime Sen. Suzanne Chun Oakland (D).

The primary election was held on August 13, and the voters of Senate District 13 have spoken. After all the ballots in the race were cast and counted, they chose Karl Rhoads to be the Democratic Party nominee for the Senate District 13 seat.

Rhoads will take on Republican nominee Rod Tam, who was unopposed in his race and Libertarian Harry Ozols on November 8 for the Hawaii Senate District 13 seat.

While this is disappointing news,  hopefully this is just a temporary setback and there is a bigger, better electoral office in Kim Coco’s future .