Needed to take a few days to compose my thoughts about Kim Burrell serving Satan and letting loose that hateful anti-gay rant she tried to pass off as a sermon recently.

And I’m sad to say that Burrell is from my hometown.    But what I do need to say about it is something that has been on my mind since the HERO repeal.

I’m tired of so called kneegrow little c  ‘christians’ peddling this anti-trans and anti-gay hatred they copied from white fundamentalists that is causing dissension and discord in our community.

It is also this faux faith based ignorance that led you Houston kneegrow church folk to allow yourselves in 2015 to be hoodwinked and bamboozled into voting against a human rights ordinance in HERO that protected you at the behest of your ministers who were puppets for white fundies and the Texas and Harris County Republican Party..

Kim Burrell ain’t the only person in the Houston city limits using their pulpit to preach anti-gay hate. She just got caught doing so and is being deservedly called out for it.   There are also Black masculine ministers who do so every Sunday who need to be called on the carpet for it as well

This also isn’t just a H-town problem, it’s one I’m sadly seeing being repeated in sellout Black churches across the country and across the African Diaspora.   But I’m directing my anger about it at my H-town homies and homettes first.

At a time in which we have an anti-Black presidential administration about to take over the White House on January 20, the Black trans, bi, SGL and straight communities do not need this crap happening right now.   We need to be more united than ever before. 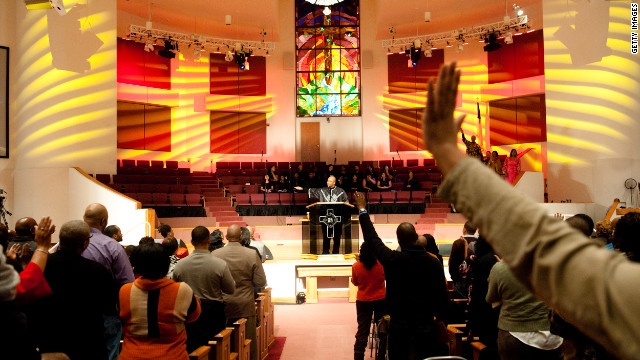 You know you’re a bunch of shady hypocrites for doing so because you know damned well you couldn’t get through a Sunday service without your gay choir director or the trans women singing in the church choir.  Neither would you look presentable for the cameras Ms. Burrell without that army of TBLGQ folks who style your hair, do your nails and makeup and coordinate your clothing.

We also know for a fact that some of the people we lost in the Black community to AIDS also happened to be gospel singers like yourself.

If you faux faith based kneegrow ‘christians’ feel the need in 2017 to wrap your homophobic and transphobic bigotry in Scripture, don’t be surprised when I and other Black folks inside and outside our community swiftly call your faux faith based behinds out on you violation of the Ten Commandments and other various books of the Bible you hypocritically profess to believe in.

I’m looking at you Rev. Max Miller and the Baptist Ministers Assn of Houston and Vicinity.   Don’t think Moni, Black TBLGQ Houston or our allies forgot about all that anti-trans hate y’all pimped from your pulpits on behalf of the Harris County GOP and white fundamentalists like Dave Welch who threw y’all sellout butts under the bus when Election Day 2015 passed and HERO got repealed.

That’s why TBLGQ hatred aimed at Black TBLGQ folks by Black so called Christians needs to stay behind in 2016 and will not be tolerated or excused by those of us in Black TBLGQ world in the 2K17.