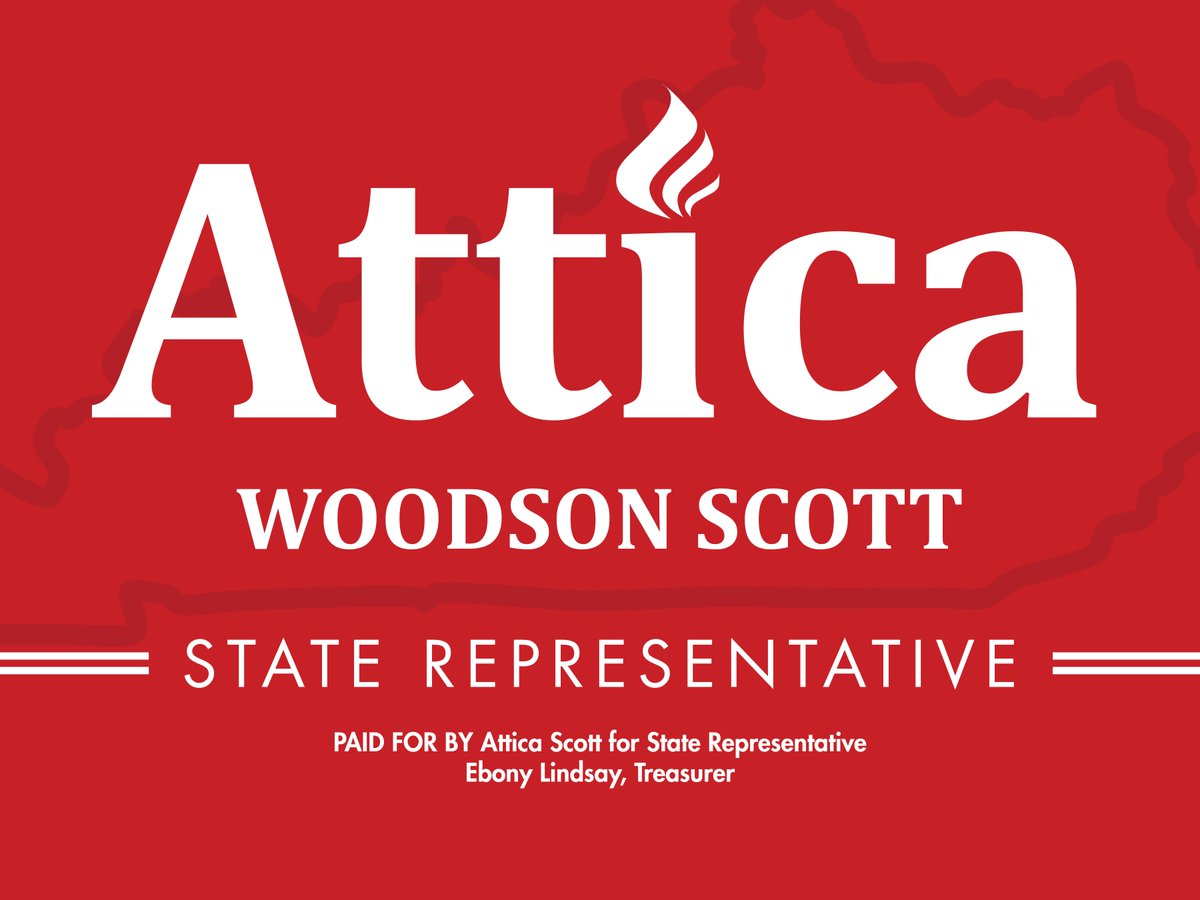 The Kentucky and Oregon presidential primary elections are happening today, and as a former resident of the Bluegrass state that spent nearly a decade there, I’m going to be watching with more than a passing interest.

Not only will I be watching the contentious Democratic primary contest between Bernie Sanders and Hillary Clinton that is creeping toward a June 14 conclusion. . Despite Sanders win last week, the delegate math continues to point to the inevitable conclusion the Sec Hillary Clinton will be the Democratic nominee to the consternation of the supporters of Sen. Sanders.

As a person who once called Kentucky home,  I’m also going to be checking many of the down ballot races in the commonwealth, and especially one in Louisville’s 41st House District.  My homegirl and former Louisville Metro Councilmember Attica Woodson Scott is taking on a 34 year DINO incumbent in Rep Tom Riner in that one..

If Scott is successful in knocking him off in their Democratic Primary race, it puts her a step closer to becoming the first African-American woman elected to the Kentucky House since 2000.

But it’s now up to the voters of Kentucky’s 41st District to choose who will represent them in Frankfort, and hope it’s Attica when the polls close later this evening.

And hope that all my TransGriot readers across the commonwealth of Kentucky and in my other adopted hometown of Louisville take some time out of their busy schedules to exercise their right to vote..