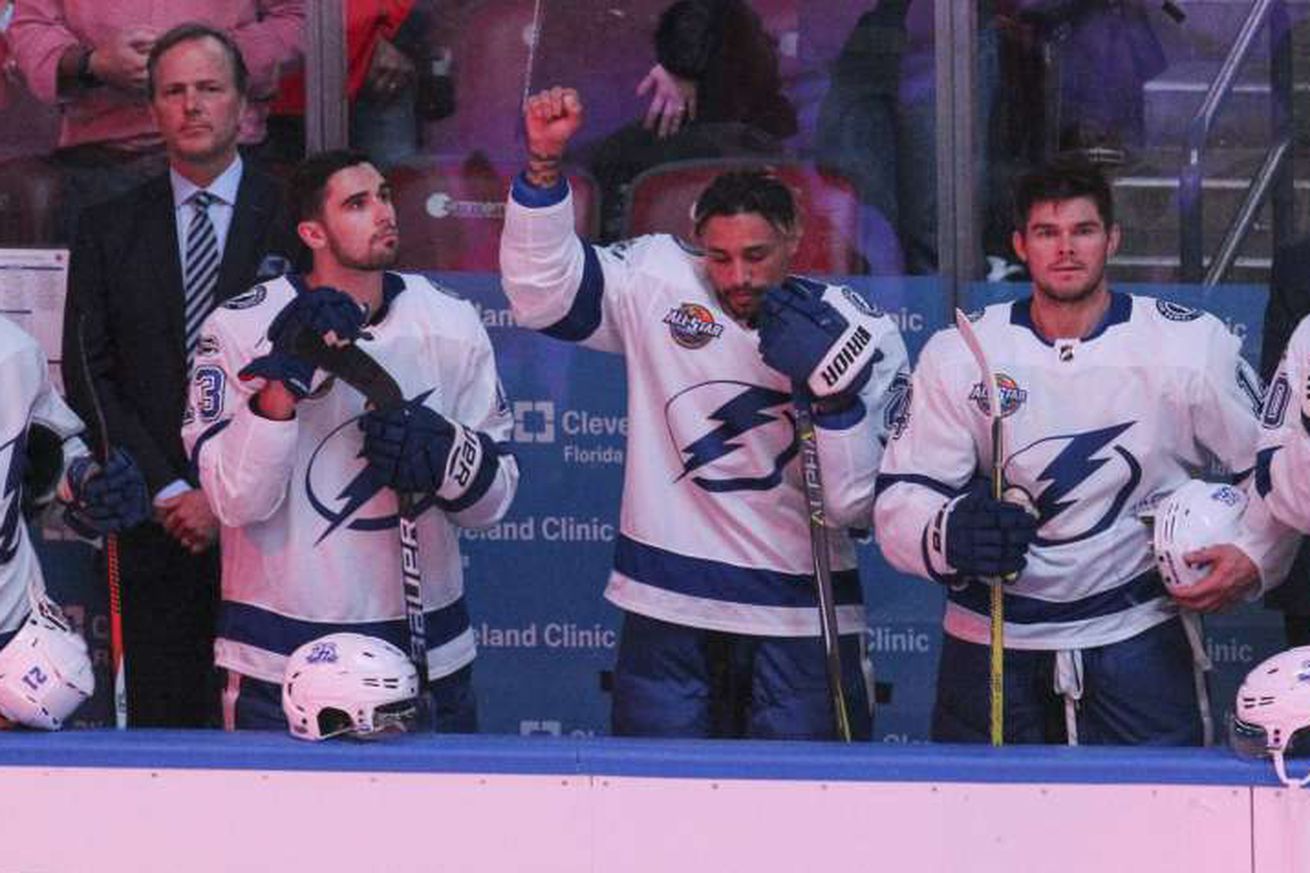 There are only 30 Black players in the NHL despite many of the ways that the game is creatively played originated in the Black hockey leagues of Nova Scotia as the book Black Ice documents.

The NHL is overwhelmingly white (93%), and probably thought they were insulated from the controversy surrounding the anthem protests about police brutality and racial inequality aimed at Black citizens being conducted by NFL and NBA players and now spreading to the collegiate ranks.

Tampa Bay Lightning forward JT Brown changed all that with one clenched fist salute during a Saturday road came with the Florida Panthers.

And predictably their overwhelmingly white NHL fan base lost their collective minds.   He has reportedly had death threats aimed at him .

For those of you with melanin free skin who consistently bellow politics has no place in sports, let me remind you that politics and sports have always been intertwined, with the Olympics being the most salient example of that.

And your anti-Black white sheets are showing.

Bravo to JT Brown for doing so in the NHL, and basically doing it alone. Thanks also for getting the social justice conversation started in the league.