I’ve been griping about the out of control transphobia in the Black gossip blogosphere lately that has found a new target around VH1’s Love and Hip Hop Atlanta’s Joseline Hernandez.

I penned an op-ed piece that was published at Loop 21.com  over the weekend entitled The Transmisogyny Aimed At Joseline Hernandez Is An Outrage.

One thing that bothers me as a proud, African descended transwoman is the ongoing sexist attacks aimed at women of color.

Women come in all shapes, sizes, skin tones and body configurations,
but women of color have had to deal with a centuries old
‘vanillacentric’ beauty standard that was not created with them or their
bodies in mind and uplifts white women as the ultimate templates for
femininity while negatively impacting women of color.

Because of that beauty standard, far too often black women get
‘that’s a man’ or ‘ugly’ shade hurled at them. You only need look at
Satoshi’s Kanazawa’s May 2011 Psychology Today ‘Why Are Black Women Ugly’
article as an in-your-face example of the ‘unwoman’ meme gone
pseudo-scientific. One of Kanazawa’s assertions in the article was black
women were ‘more manly’ due to extra testosterone in their systems.
Thankfully, the article was taken down after it generated a worldwide
firestorm of criticism and outrage. 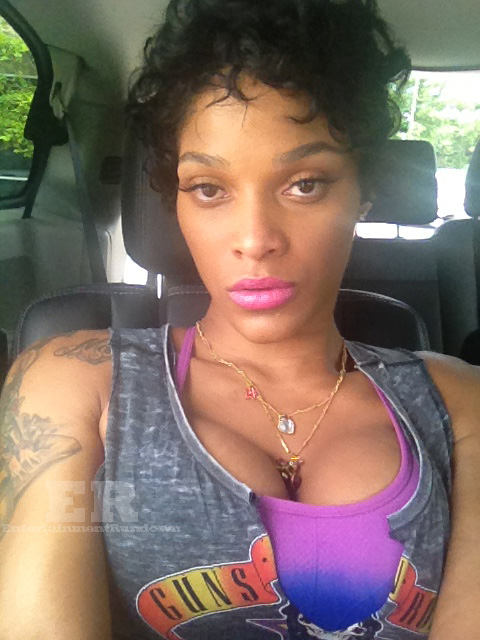 As
the Williams sisters, Fantasia, Ciara, Wendy Williams, Grace Jones,
Brittney Griner and Caster Semenya can tell you, women who are deemed to
have a non-standard feminine presentation, larger-than-life
personality, a thin, athletic frame, are 5’7” or taller, wear a double
digit shoe size or have a combination of physical traits that are deemed
to be more apropos to the masculine gender have ‘that’s a man’ derision
hurled at them. Even the late Donna Summer battled rumors in 1978 that
she was a transsexual despite being the mother of two children.

Flinging the ‘you’re a transwoman‘ accusation at a ciswoman has sadly become the weaponized insult of choice by men and women when they wish to disparage any woman they don’t like.

[ALSO READ: A Transgendered Woman On Love And Hip-Hop]

We’ve had an off the charts epidemic of transphobia breaking out in
the black gossip blogosphere for several years. While much of it has
been aimed at Ciara and Wendy Williams, the latest target in the
transphobes sights is Joseline Hernandez of the VH1 reality television show “Love And Hip-Hop Atlanta.”

Because Joseline has some traits that are deemed by the Black
Blogosphere Femininity Police as belonging to the opposite gender, she
has been savaged by rumors that she is a transwoman. She overreacted to
those rumors by tweeting a frontal nude photo of herself that showed her female genitalia backed up by a tweet proclaiming she was ‘100% female.’

Transmisogny is gleefully trafficked by the editors of the blogs and runs amok in their comment threads. In one post by Bossip, they used the derogatory anti-trans slur word ‘shim’ in a post about Ms. Hernandez before it was changed.

Some of the transphobic ignorance displayed in the black gossip
blogosphere aimed at Ms. Hernandez is fed by stereotypical and false
assertions on what a transwoman looks like. It also has its roots in
loud and wrong transphobic writings penned by a depressing long list of
radical feminists for four decades such as Janice Raymond, Germaine
Greer, the late Mary Daly, Sheila Jeffreys and Julie Bindel.

It hasn’t helped that since trans people began a renewed push in
the mid-90s to gain trans human rights coverage, right-wing
fundamentalist Christians, including some right-wing gay and lesbian
fundamentalists have engaged in anti-trans bigotry and tactics to stop
this coverage.

The white trans community has had a plethora of sympathetic popular
culture trans characters on shows such as All In The Family, Ally
McBeal, The L Word, Ugly Betty, Dirty Sexy Money and the movie
Transamerica. The last time a Black transwoman was portrayed on screen
without being cast as a sex worker, drag queen or a murder victim was The Jeffersons ‘Edith Stokes’ in 1977, Sheryl Lee Ralph’s ‘Claire’ in Showtime’s Barbershop the Series and Tyra Banks’ ‘Roni’ on the show All of Us.

Because
the trans narrative has predominately been a white, upper, middle class
one, far too often the people tapped to speak for the trans community
on panels and talk shows, do the activism, or write articles for the
trans community have been in that demographic. The invisibility of trans
people of color in the media and LGBT movement resulting from that
dynamic has led to a perception that transsexuality is a ‘white thang’
or trans people don’t exist in our communities.

Thanks to the rise of the trans blogosphere and Afrocentric blogs such as TransGriot, supportive trans allies and bloggers such as Womanist Musings and What Tami Said, increasing trans activism, ally organizations such as GLAAD,
out and proud transwomen such as Janet Mock, Laverne Cox, Valerie
Spencer, Angelica Ross and Tona Brown, a tradition of Black trans
activism that began in Philadelphia with the 1965 Dewey’s Lunch Counter
Sit-In and the 1969 Stonewall Riots, we have begun to push back against
the lies, negativity and outright distortions about who and what a
transwoman is.

Our media outlets and legacy organizations such as the NAACP, the
National Black Justice Coalition, and new ones like the Trans People of
Color Coalition are beginning to facilitate the badly needed discussions
inside and outside our community about transwomen and how we fit into
the kente cloth fabric of it.

It’s a necessary conversation we need to have if we are going to stop the trans misogyny aimed at transwomen.