It’s Texas primary election runoff day!   So rise and shine and handle your business at your regular precinct if you didn’t do so.

There were 33 March primary races in which the candidates didn’t get more than the 50% they needed to declare victory and move on to November,  Those candidates who advanced to this runoff want and need your vote.  There are two runoff candidates, one from each party, who are incumbent state House reps.

So starting now until the polls close at 7 PM CDT (7 PM MDT for you peeps in El Paso and the portion of West Texas in the Mountain Time Zone), you need to handle your electoral business.

Bring your yellow voter registration card and your photo ID.   There are some races I’ll be watching after the polls close .

The big one is the Democratic gubernatorial one between Dallas County sheriff Lupe Valdez and Andrew White.

The US House District 7 battle on the Democratic side between Laura Moser and Lizzie Pannill Fletcher. to see who takes on the incumbent Rep John Culberson in the fall.

I’ll be watching to see if Fran Watson gets a step closer to becoming only the third African American woman ever elected to the Texas Senate as she faces off against Rita Lucido in the TX Senate District 17 race.   Winner will take on incumbent transphobe Joan Huffman (R)

On the Republican side, I’m watching the US House District 29 battle between the beauty queen and the transphobic bigot.   Phillip Aronoff is taking on former Miss Venezuela Carmen Montiel, with the winner facing off against TX state senator Sylvia Garcia.

I want to see if the pattern continues of Republican candidates who deploy transphobia in their primary races end up losing them. 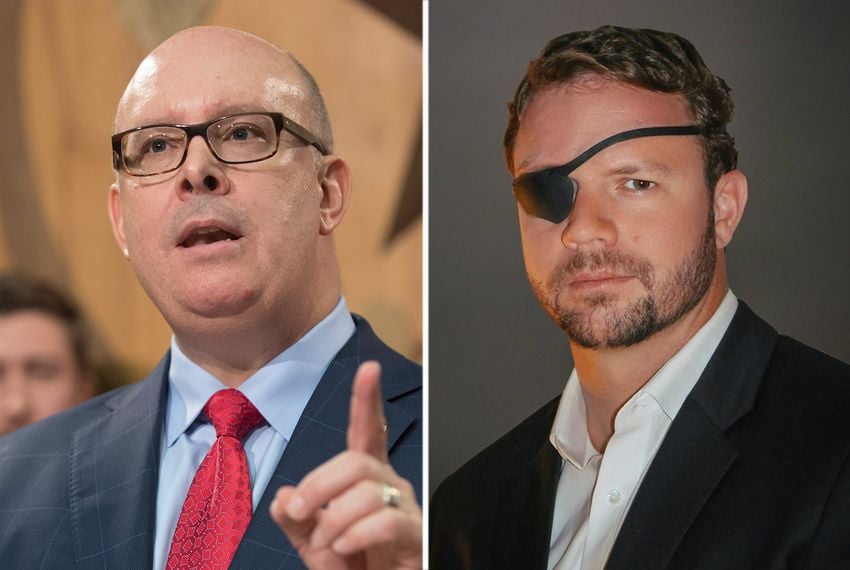 Roberts was the frontrunner on March 6 with 33% of the vote, but Crenshaw leapfrogged several GOP candidates with longer political resumes by capturing 27% of the vote.

While Roberts has the backing of longtime conservatives Steven Hotze and Terry Lowry, Crenshaw picked up the endorsements of influential Houston conservative talk radio host Michael Berry over the weekend and former Texas governor Rick Perry.

We’ll find out what happens after the polls close later today.   But no matter what party you support, go handle your business