It’s October, and my hometown major league baseball squad is coming off a franchise second best 101-61 win season, their first ever AL West title and first division crown for the team since 2001 thanks to the ginormous 38-16 start out of the gate in April and May.

They clinched the 2017 AL West on September 17 with a 7-1 beatdown of the Seattle Mariners at Minute Maid and won the division by 22 games over the Los Angeles Angels.

Even more satisfying to Astros fans, in addition to our first AL West division title, and the first 100 win season since the 1998 team won 102 games. we won the season series with the Texas Rangers 12-7/

Now that they’re playing baseball in October for the first time since 2015, the number two seeded Astros await the start of the Division Series round of the playoffs on Thursday.

They’ll kick things off in the ALDS at Minute Maid Park against the AL East champion Boston Red Sox determined to make it to the ALCS and hopefully the team’s second ever World Series berth.

The AL Central champion Cleveland Indians, thanks to a monster 22 game win streak from August 24-September 14  edged the Astros out for the AL’s best record by one game.  They will be trying to forget their heartbreaking loss in last year’s World Series Game 7 to the Cubs as they chill out at Progressive Field and await the winner of today’s AL Wild Card Game at Yankee Stadium between the Minnesota Twins and the New York Yankees.

Winners of their respective five game ALDS series move on to the seven game AL Championship series scheduled to start on October 13 in the home ballpark of the team with the best record.

In the National League the Los Angeles Dodgers are the top seed with a MLB league best 103 wins, but are not a consensus pick in some pundits minds to make it to the World Series.

The Dodgers were playing at a torrid 56-11 pace from June 7 to August 25, but then dropped off the cliff and went 1-16 the rest of the season.

Even with that late season swoon, they still won the NL West  by 11 games over the Diamondbacks and will host at Dodger Stadium on Friday the winner of the National League Wild Card Game at Chase Field between their NL West Division rivals the Colorado Rockies and the Arizona Diamondbacks,

The second seeded NL East champion Washington Nationals rolled to an 97-65 record, but were the only team that posted a winning record in the NL East.  The second place team in their division, the Miami Marlins, finished 77-86, 20 games behind the Nats. 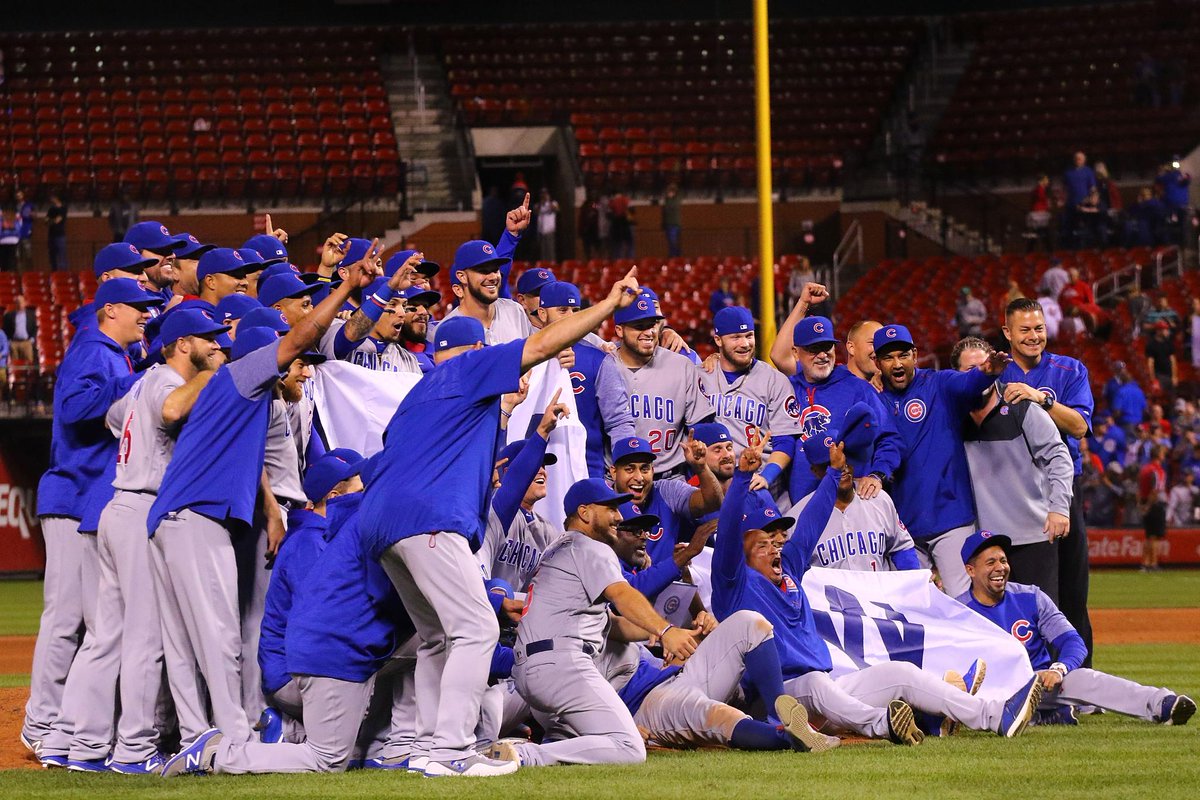 The folks in DC don’t care, because they will be at Nationals Park watching their local baseballers battle the defending NL champion Chicago Cubs in their NLDS series that kicks off on October 6 at

It’s a miracle the Cubs are even playing in October since they were 43-45 at the All Star break.  After some major roster changes, they rebounded to a 49-25 record in the second half of the season to capture the NL Central Division

But then again, it’s not how you start, it about getting hot at the right time, and now is the time.

Winners of their respective NLDS series will battle each other starting on October 14 in the National League Championship Series at the ball park of the remaining teams with the best record.

The World Series is scheduled to start on October 24 at the home of the AL or NL team with the best record.

And yes, I’m hoping at the end of the month that’s the Astros.