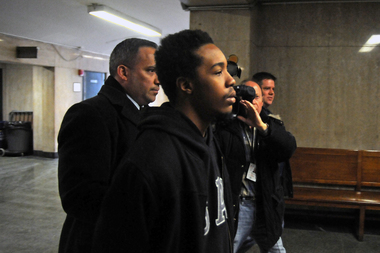 Nearly two years after he confessed to the heinous crime, 24 year old James Dixon has finally been arrested for the murder of Islan Nettles.

Dixon was indicted for manslaughter and felony assault in relation to Nettles’ death   He has entered a  not guilty plea and is being held without bond.

According to court documents, Dixon made his statements to officers at the 32nd Precinct on August. 21, 2013.

But because Paris Wilson also confessed to launching the attack on Nettles and he has a similar resemblance to Dixon, it bogged down the investigation.

Kiara St, James said in reaction to the news, “It’s
long overdue to have some positive traction in this case,but I won’t be
happy until the full weight of the law is brought down on him and he
is convicted.

And I concur with your assessment Kiara.   #BlackTransLivesMatter, and a conviction and severe punishment in this case will help send that message.  Will be keeping an eye on this case until justice is served.