While y’all were checking out what gifts were left for you under your Christmas trees and in your stockings, Indiana trans folks were given a lump of legislative coal from the GOP.

Indiana Republicans, mad because they were forced to back down from implementing the discriminatory RFRA they passed  because of the national backlash that cost them business, failed to learn their lesson from that debacle and have now set their sights on attacking the Indiana trans community.

Senator Jim Tomes (R-Wadesville) has decided to unleash his inner trans oppressor and file a bill that would criminalize being a trans person in the state of Indiana.

SB 35 if passed and signed into law by Governor Mike Pence (R) would take effect on June 1, 2016 and make using the bathrooms, locker rooms that don’t correspond to your genitalia a Class A misdemeanor, send you to jail for up to a year and fine you up to $5,000.

Exceptions would be made for parents of children under age 8, first responders, janitors and people rendering first aid and insist that public and charter schools adhere to its unjust provisions even though schoolchildren would not face criminal charges..

This bill is a mess because it confuses sex and gender identity and throw chromosomes in the mix by using the  XX= female, XY = male as part of the bill’s definition of ‘biological gender’.

Umm Senator Trans Oppressor, Google a condition called Androgen Insensitivity Syndrome in which people with XY chromosomes not only develop female bodies but female genitalia.  There are also other combinations of chromosomes for humans besides XX and XY. 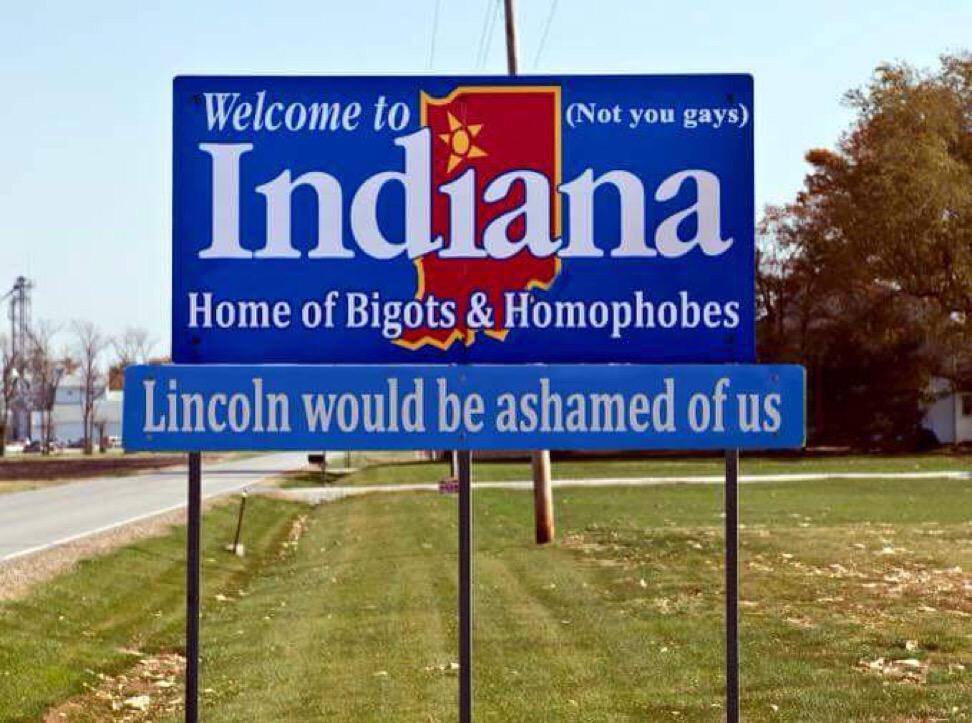 And if you’re intersex, which locker room, shower facility or public potty do you use in Indiana?

And explain to me Sen. Tomes, who is going to pay for the expensive lab tests to determine someone’s chromosomal makeup?

You damned sure can’t determine someone’s chromosomes just by looking at them.

Tomes disingenuously tried to claim he’s not singling out trans people for attack, but that’s exactly what the unjust SB 35 bill does.

This unjust anti-trans bill is now in the Senate Committee on Public Policy, and if passed will put Indiana on a collision course with the US Department of Justice.   The DOJ recently said in July that trans students not being allowed to use the facilities that corresponds with their gender identity is a for of sex discrimination.

Indiana sadly is trying to establish itself as the Crossroads of Transphobic Bigotry, and criminalize trans lives.  The unjust SB 35 bill needs to die.