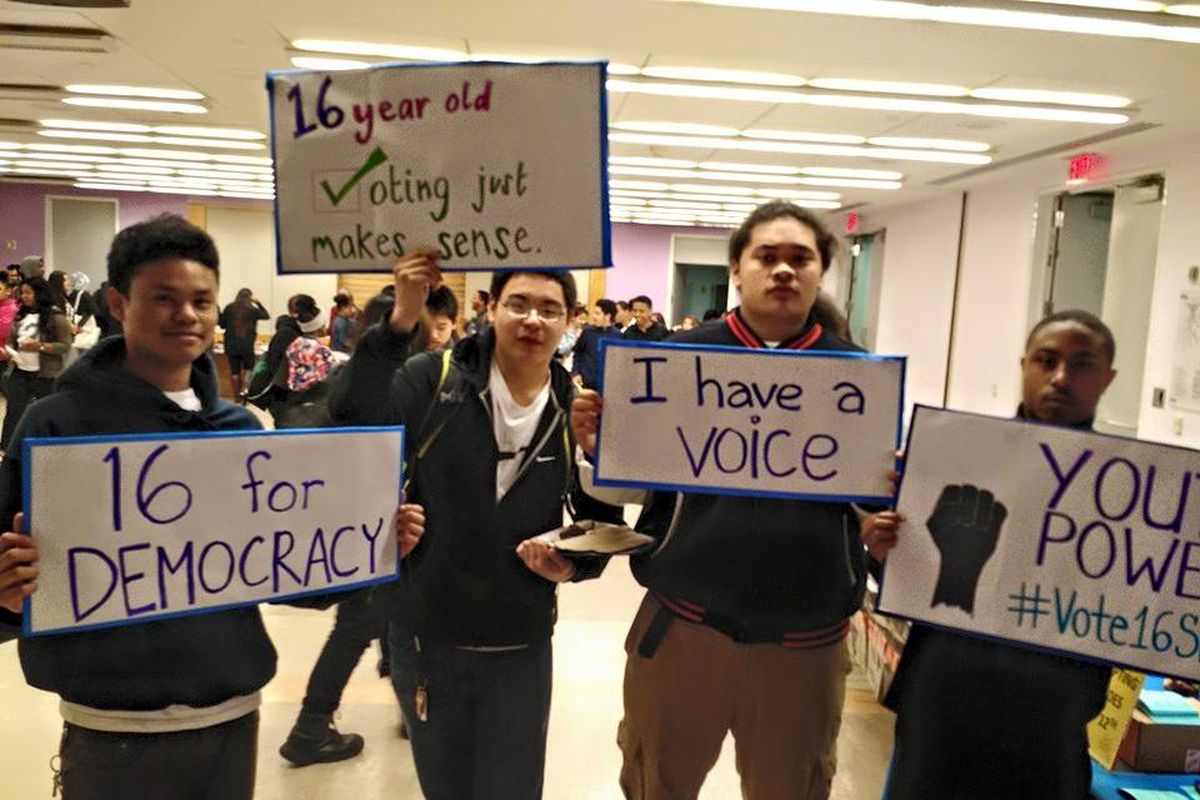 A lot of debate has cropped up recently because Washington DC is considering lowering the voting age to 16just in time for the 2020 election.

DC Council member Charles Allen (D-Ward 6) introduced the measure in large part because he was impressed by the recent March For Our Lives in DC and the ongoing eloquence of the Marjory Stoneman Douglas students.

The proposed voting age change has majority support on the DC council (7 members out of 13), and will probably pass if it comes to a vote.

But why stop in DC?   Let’s lower the voting age to 16 across the United States.   16 year olds in many cases are more cognizant of the issues that affect them than their elders twice or three times their age in many cases.

The youngest member of our Houston Mayor’s LGBT Advisory Board, Lily Pando, was just 16 years old when she was tapped to join it when it was formed two years ago.  It wasn’t a publicity stunt because she is an intelligent young woman and one of our rising star young leaders here in Houston.  When Lily speaks, we elders listen.

It’s not unusual for me to see our TBLGQ World teens leading the charge for the expansion of trans (and everybody’s) human rights and being eloquent voices for other policy issues of concern to them.

If you think I’m kidding about that, does  Jazz Jennings ring a bell?

It also hasn’t surprised me that the MSD students in the wake of the mass shooting on their campus have been kicking butt and have the NRA, the Republican Party and right wing media on the defensive.

I was 14 when Jimmy Carter got elected POTUS.  I would have loved to have been able to vote in that 1976 presidential election instead of holding up a sign and marching through my neighborhood with several other kids imploring people to vote for him.

I turned 16 in 1978. Had I been eligible to do so, I definitely would have done my part to keep Bill Clements out of the Texas governor’s chair.   One of my presents I received for my 18th birthday in 1980 was a voter registration card.

If 16 year olds can drive, be tried as adults for any serious crimes they commit, and work jobs in which their wages can be taxed,  then why shouldn’t those same 16 year olds have a say in who runs the government?

It’s also a good idea for democracy.  The earlier you get someone to start consistently voting, the more it becomes a lifelong practice.

So yes, I’m down with 16 year olds voting, and the sooner we pass this policy change, the better. .