When California voters go to the polls on November 8, they will have to choose a successor for the retiring senator Barbara Boxer (D).  They will also have the pleasure of choosing between two candidates who are not only seeing to succeed Sen. Boxer, but make some electoral history themselves.

Thanks to California’s jungle primary system, the top two candidates, regardless of party move on to the general election.  After the votes were counted on June 7, two Democratic women ended up in the top two slots for the open California US senate seat.

California voters will get to choose between their current attorney general Kamala Harris or Rep. Loretta Sanchez.

And as the child and sibling of AKA’s I’m happy to point out she’s a member of Alpha Kappa Alpha Sorority, Inc.

Sanchez was born in Lynwood, and has since 2003 represented the Orange County centered 47th Congressional District. 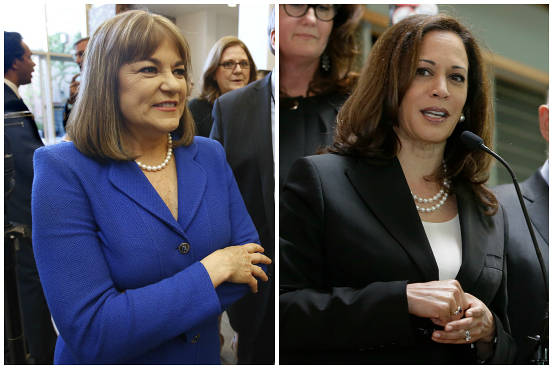 This is going to be a fascinating campaign to watch.  While it is wonderful that another accomplished woman will succeed the beloved Sen. Boxer, we are going to have when this election is over one community disappointed because one of these eminently qualified women didn’t get into the US Senate.

Whichever one of these women wins, they will inherit by default a national women of color constituency that extends far beyond the borders of the state of California.

May the best US Senate candidate win, and represent the state of California, our communities and the nation as well.