And after watching the Lions get robbed by a jacked up call last weeks and Cowboys Nation telling the pissed off Detroit  fans to ‘get over it’, now after the officiating karmic wheel kicked their fave squad in the teeth, the griping about it has been loud and long.

And before you get started with that ‘What have the Texans done?’ line, they’ve won one more playoff game and one more division title than the Cowchips have in this decade, and they’ve only been around since 2002.. 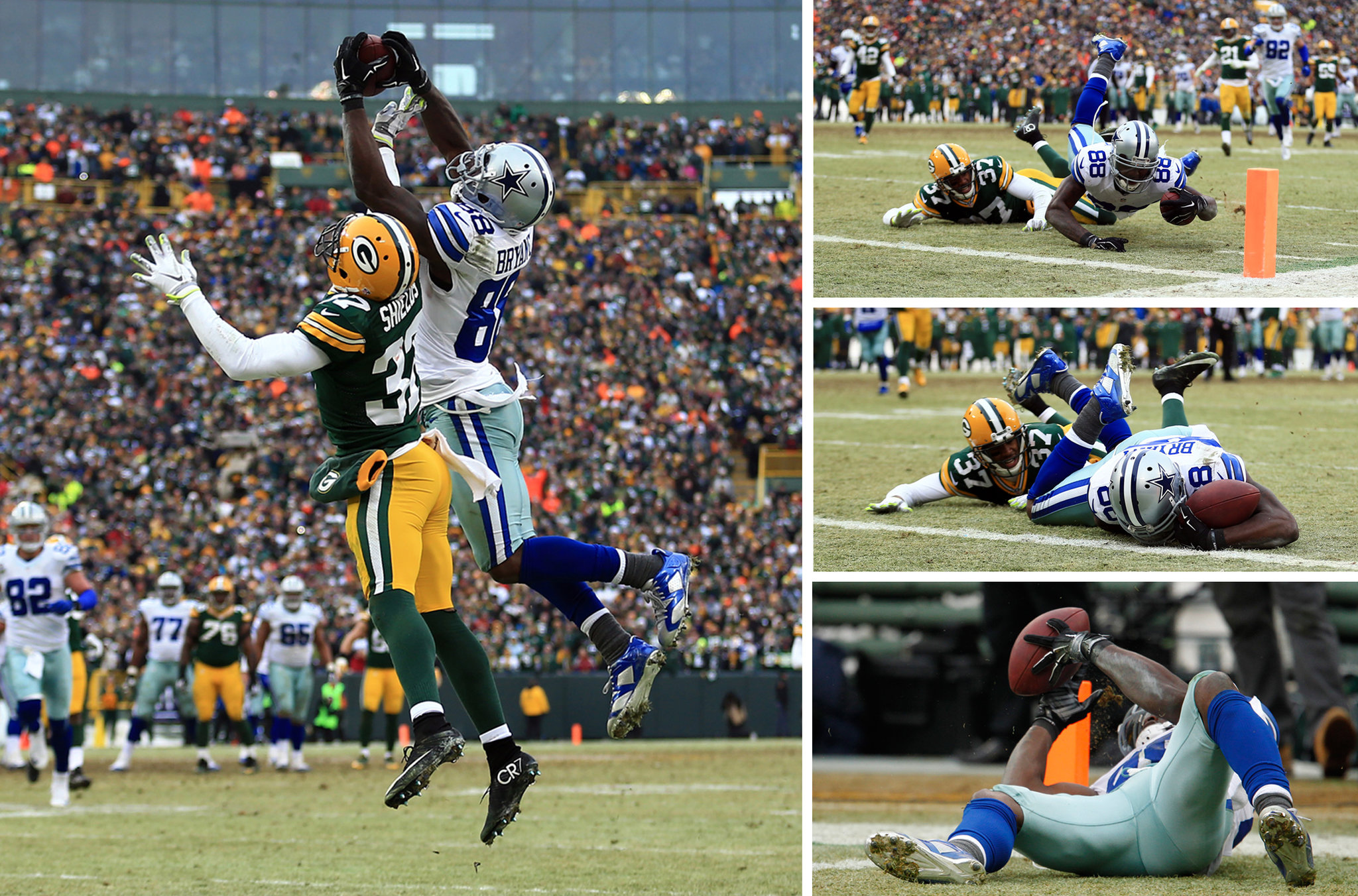 And please Cowboy fans, don’t start bragging about those Super Bowl titles.  Not only is that so 20th century, y’all haven’t been to a Super Bowl much less won one in the 21st Century without buying a ticket for it or watching it on your big screen TVs.

Dez Bryant had an amazing and critical 4th down fourth quarter catch wiped out because of NFL Rule 8, Section 1, Article 3, Item 1 AKA the ‘Calvin Johnson Rule’.   Yeah, he caught the ball, but he didn’t according to that rule after making contact with the ground maintain control of it.

Because he didn’t do that, the catch call was correctly reversed after the challenge by Packers coach Mike McCarthy.   The Packers got the ball and the Cowboys never saw it again.

And in other news, Chris Christie is rumored to be heading to the NFL store to buy a New England Patriots jacket and a Seattle Seahawks 12th Man flag.

Yes Cowchip fans, I have some sympathy for you.  I and other longtime Oiler fans are still pissed about a lousy call in Three Rivers Stadium that robbed the Oilers of a tying touchdown in the 1980 AFC Championship game against the Steelers and possibly cost us a Super Bowl trip.

But not that much because of your Harris County bandwagon riders that crawled out of the closet,

So yeah, NFL Officiating Karma is a you know what.