TransGriot Note: In the interests of journalistic integrity, I sit on the board of the Trans United Fund. 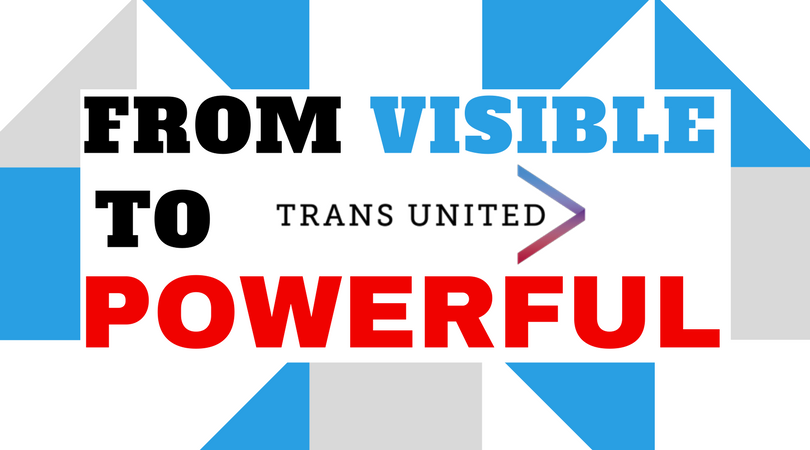 As you know, I do a lot of writing through my blog, TransGriot (which just won a GLAAD Media Award, making history as the first time a trans person has won for Best Blog!) But what you may not know is that I’m a Board Member and key leader in Trans United Fund, a trans-led organization working to build political power for trans and nonbinary people across the country.One of the main ways we build this power is electing transformative trans leaders. We are decisive in electing trans leaders because when we do that, there are more trans people who see ourselves reflected in leadership, and more people of our communities who believe they can run. When they do run, they come to Trans United Fund as the go-to organization for help in their races, and we need the resources to help them win.Will you stand up and help build political power that our communities need with me and Trans United Fund? Whether it’s in your budget to give $15 or $150, every dollar makes a difference in the lives of trans people like me, and our ability to join the decision making tables where decisions about us are made. Nothing about us, without us!In this environment, with a presidential administration which is actively hostile towards trans people, it is crucial that we elect trans folks to public office at all levels of government. It is critical to elect trans people to office not only to defend against the attacks of the opposition but to advance our interests, rights, and needs in decision making bodies at the local, state and national level..

As a trans-led, trans-run organization, run by a majority of trans people of color like myself, Trans United Fund has proven that we have the best interests of trans people at heart. We are actively working to build political power across the country by building a diverse coalition of leaders across different identities, experiences, and backgrounds.And that’s exactly the group we need leading this charge to make change right now.Join us and our work and pitch in now: we can go so much farther together.