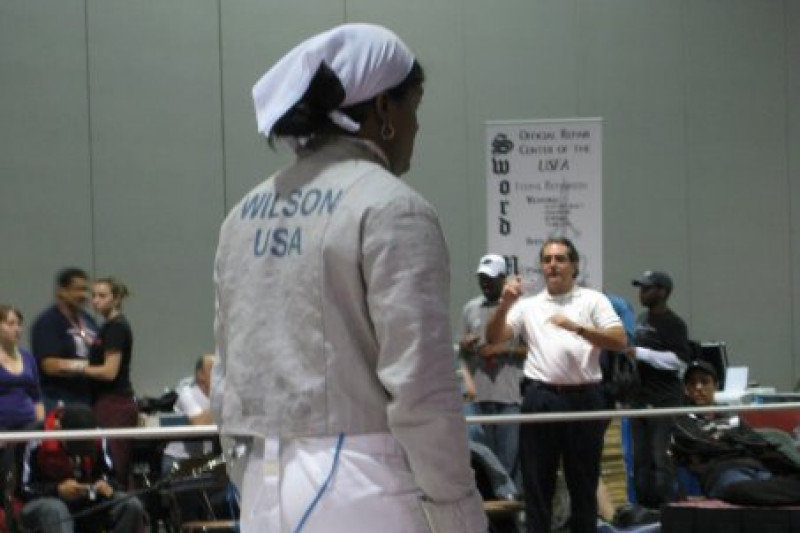 I’ve talked more than a few times on this blog about the fencing exploits of my Louisville homegirl Dawn Wilson, and me getting to tag along and watch from time to time when I lived in Da Ville.

She’s good at it as well.  Dawn donates her time to a lot of worthy causes in the Louisville area in addition to serving on the Louisville Metro Human Relations Commission and as an elder at her church.

But her passion is fencing.  She is one of the top five 5 ranked veterans saberists in the USA, and recently she accomplished a long sought after goal of qualifying for and making a USA Veterans national fencing team.

She now gets a long sought after opportunity to prove she’s one of the best in the world.

That USA Veterans fencing team will be competing in the FIE Veterans Fencing World Championship tournament in Maribor, Slovenia October 15-21, and it will be an expensive trip for travel and lodging while she’s there.  Dawn can cover some of her expenses, but to be at her absolute best, she would also like to bring her coach with her.

The goal is to raise $3,500 and you canclick on this link to the GoFundMe page to donate whatever you can afford and whenever you can do so.

Help her get to Slovenia for this tournament and rep Team USA to the best of her ability.