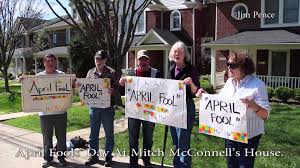 Republicans, did you fools think you were going to be able to oppress, disrespect and abuse the human rights and humanity of people and they were just going to take it?

Y’all been watching too much FOX Noise.  It was just a matter of time before people got tired of your antics and started pushing back.

You conservafools had it coming.  Frankly, I’m surprised it took this long.   But then again, stuff don’t start happening until white peeps start feeling the GOP pain that non-white peeps have been dealing with for decades. 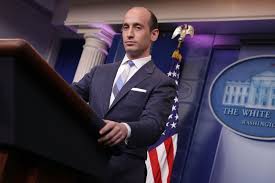 So yes, it warms the cockles of my yellow dog Democratic liberal heart to see Mitch McConnell getting protested everywhere he goes in Louisville.  Racist Stephen Miller getting flipped the bird.  Steve Bannon getting called out. and Sarah Suckabee Sanders getting a taste of what she supported happening for LGBT people in terms of recently being denied service at a restaurant, and Trump administration staffers not being able to buy a date.

And naw Tomi Lahren, you can stop trying to lie on Rep Maxine Waters.   Your Propaganda Barbie azz got water thrown in your face in that Minneapolis two months ago.

The bottom line is that you conservafools have been doing this for decades to abortion doctors and anyone else y’all didn’t like, and now that we’re treating you the way you have been treating us, you want to call for ‘civility’.

Civility?   Frack civility.   You didn’t care about civility during the eight years of the Obama administration when you were calling him and his family everything but a child of God.

You’ve done the same thing to Hillary Clinton since the 90’s, and come to think of it, you attacked Bill Clinton and their daughter Chelsea since her teen years. |

Don’t make Moni start pulling receipts to show the people the many ways you conservafools have sinned and are now whining about it.

You conservafools are political bullies. The only way to deal with bullies and get them to leave you alone is to punch them in the ballot box nose on November 6..

Make them fell the political pain of losing the US house,Senate, state legislatures and eventually the White House.  SCOTUS we’ll have to fix later. 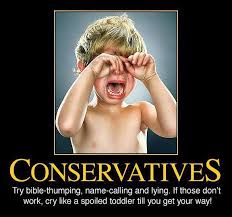 So cry all you want in conservative media about how mean the liberals are being to you conservsnowflakes.    This is past due payback for previous sins.

And hell naw we’re not obligated to be nice to people who are gleefully trampling on our civil and human rights and think we’re supposed to just sit in the corner and cry about the abuse.

No democracy, no peace to GOP oppressors.