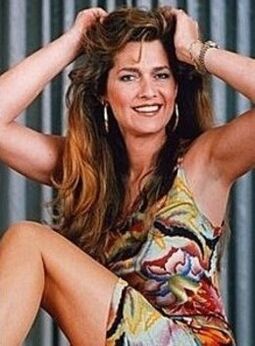 Today is the milestone 60th birthday of model, trans advocate and Bond Girl Caroline Cossey who was born on this date in the UK in 1954.

She was one of the more well known trans women of the 80’s and 90’s and has a variant of the intersex condition Klinefelter’s Syndrome in which instead of the XXY pattern that many people with the condition usually have, she was born XXXY.

Cossey broke ground as a fashion model under her stage name Tula, authored two autobiographical books published in 1982 and 1991, was a Bond Girl in the 1981 film For Your Eyes Only, and a September 1991 Playboy
magazine centerfold.

She also fought for trans marriage rights in Great Britain.   She won her European Court of Human Rights.case in 1989 and lost it on British government appeal
in September 1990.

Since 1992 she has been married and living in the ATL metro area with her husband David Finch.

Happy milestone birthday to one of our transfeminine pioneers who helped push the knowledge envelope abut us during the 80’s and 90’s.   May you have many more.