Today would have been the 45th birthday of my homegirl Nikki Araguz Loyd.   It was always easy for me to remember it because she shared the same June 4 birthday of my late grandmother Tama

If she were still here with us, I can imagine her figuring out a way to despite the ‘Rona, pull off some fabulous socially distanced event to celebrate the occasion.

But unfortunately, that’s not going to happen because she’s now been hanging out with the transcestorsfor nearly seven months. 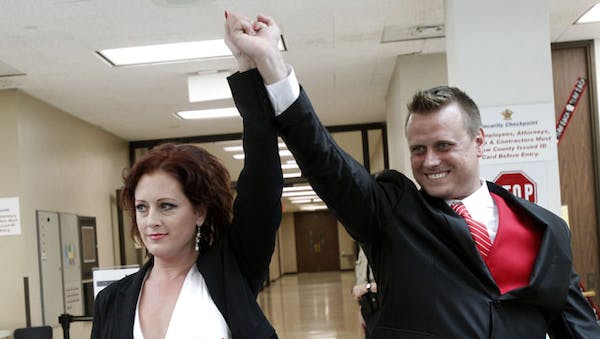 She may have been only 5’5″ inches tall, but she was a giant fun loving presence in the lives of all of us privileged to call her a friend.

She will also have a giant footprint in our trans history books.  It was her tenacious and ultimately successful six year fight in the Delgado v. Araguz case that led to the reestablishment of marriage rights for trans Texans.

She even became the first out trans person to be elected as a PTA president in the Lone Star State.

She was passionate about a lot of things, including her businesses, her activism on behalf of our community and other causes near and dear to her heart.   But what she was most proud of was being a wife and mother.

Nikki made it a point to drag my homebody butt out of the house from time to time.   There were numerous times when she and her bestie Meagan Gillett would roll up in her car and we’d hit the road.  Those road trips would inevitably end up with a stop at some restaurant for us to grab some food, have a few drinks, and some in depth conversation.

Even though both of us got busy, she would still check in on me from time to time.  I’d pick up my phone and she’d say “Hello Goddess”, to which I would reply “Hello Diva!”

The last conversation I had with Nikki was two weeks before she died.   I had actually called to check on her hubby Will to find out what was going on in his life.   When she heard Will say my name, she grabbed the phone out of his hands and we ended up talking for the next hour and a half.    It was during that call we started the planning for a slumber party at her house once we picked a date that would work for the both of us and everyone she planned to invite to the event.

I was glad I got the chance to do that.

Yes diva, I and everyone who is still on this space rock loves and misses you.  Our trans community and the world are far less fabulous without you in it.