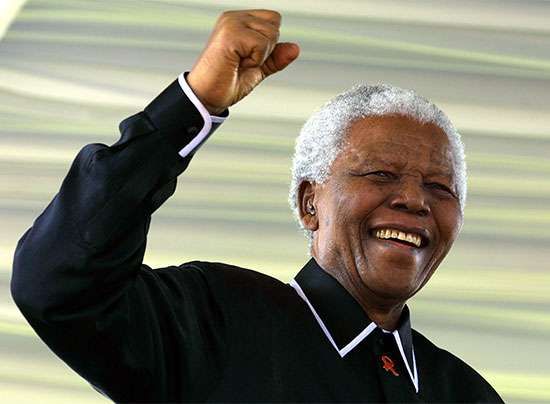 “For to be free is not merely to cast off one’s chains, but to live in a way that respects and enhances the freedom of others’

Today would have been the 100th birthday of former South African president and human rights warrior Nelson Mandela, who died December 5, 2013 at age 95. You TransGriot readers are probably aware of his remarkable life story.   His fight against an unjust and racist apartheid system that led to him being imprisoned for 27 years of his life before being released in 1990.   He became the first Black president of South Africa in 1994 and served until 1999.

And he was admired and respected around the world.  While he would humbly say “I was not a messiah, but an ordinary man who had become a leader because of extraordinary circumstances “, the rest of the world saw him as a global icon and a leader in the same territory as the Rev Dr. MartinLuther King, Jr and Mahatma Gandhi.

We sill have his words to peruse, do some hard solid thinking about, and most importantly live by, especially on this day.  .