Ironic that  I find myself on the day that we’re having the viewing of  Nikki’s body back home, I am in San Francisco, 122 miles from where she was born in Carmel, CA.

The viewing of her body is happening today, with the service happening tomorrow at the Humble Civic Center.   And I’m a little bummed that due to a previous commitment I must miss it.

Our Houston community woke up a week ago to the shocking news that Nikki Araguz Loyd had passed away at age 44.   We still as of yet don’t know the cause of death, but what I can tell you is that even a week later, it is still sending shockwaves through me and everyone else in the Houston activist community who knew her.

I got to meet her in July 2010, not long after I moved back to Houston and the media firestorm around her marriage case was blowing up.  We became friends after a road trip I took with her to the northern Houston ‘burbs. a month later

She knew I tended to be a loner at times, so she would unexpectedly show up at my place to pull my behind away from my computer and out of the apartment to do road trips with her and her bestie Meagan Gillett.   She and Meagan took me out for my birthday one year, and I was also present for an epic Thanksgiving dinner in 2015 and several more of her epic parties.

When I had drama in my life,  she was there helping me navigate through it.  I was also in her attorney’s office when she won her case, and we subsequently rolled over to the Harris County Civil Courthouseto watch the now fired Harris County Clerk Stan Stanart try a last ditch resistance of the Obergefell ruling.

She purchased the Lenovo laptop I currently use when I travel to events, and got me as a birthday present in 2015 my first smartphone.

She was also there to put her size 9 foot up my behind when I needed a motivational kick in the butt.

I got to meet many of the people in her circles like Meagan Gillett, Bryanna Cox, Denisse Acha, Cressandra Thibodeaux and countless others.   There were local trans advocates she also facilitated meetings with, supported and connected to each other.  She was connected to many national trans peeps as well like Jeanette and Jazz Jennings, Joanna Cifredo de Fellman, Angelica Ross and Geena Rocero just to name a few.

She was connected not only to our trans community,  but the HIV/AIDS one, and the Houston arts community.

Because Nikki transitioned in her teens, she was seen as a role model and shero to our trans kids, and she loved them back. 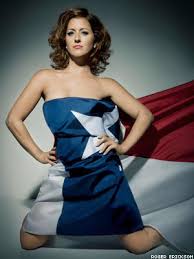 While she will always be remembered for the landmark 2015 trans marriage equality Araguz v Delgado case that took down the 2001 anti-trans Littleton v Prange precedent, she also helped us pass HERO in May 2014 by revealing a painful event in her own life.

She helped people get their name and gender marker changes.  When we were spending all day at the Pink Dome waiting to testify against SB 6 in 2017, she and her hubby Will walked into the Texas Capitol building with 20 large pizzas to feed us.

Interestingly enough that while she was a kick butt advocate, she told me during a birthday dinner for me a few years ago that her initial goal after she transitioned was to simply be a wife and mother.

And she relished that role as well.   So well that she got elected as the PTA president at her daughter’s middle school.

Nikki’s life was short and way too brief for us, but it was one lived fabulously and well.  She always loved a good party, and is probably organizing a few of them with our transcestors now.

And yes diva, I’m going to miss you.